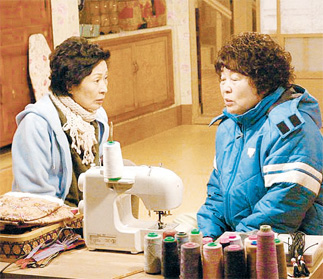 One of the convenient aspects of moving out of my parents’ house was that I could choose where I live. I was free from questions like “So, where do you live?” which can be translated as “How rich are you (or more precisely, your parents)?”
My parents happened to live in a not-so-fancy neighborhood quite a-ways north of the Han River, and answering such a question was not the most pleasant experience for me.
The interrogation became even more unpleasant when two acquaintances teased me for “living close to Cheongnyangni, the hooker district.”
My house was far from meeting their description, but nevertheless these individuals had their share of fun teasing me that night. My family chose to live there to honor the memory of my grandparents, who settled down there during hard times after fleeing from the North. However, this mattered little to these two people, a Korean and an American.
Maybe this is why I chose a neighborhood where I have two former presidents within two blocks, although I was never a fan of their regimes. I am no longer wrongfully scorned for living in a neighborhood that wasn’t even my own choice or to my liking.
Still, where you live determines who you are. At least this is the message that the TV commercials for apartment complexes have conveyed for decades. Recently, however, something other than an ad for an apartment with sky-high prices and floors shared the same premise. In this instance, a popular TV drama on KBS 2, whose title can be best translated into “Mommy’s Angry,” caught my attention.
Written by the well-received scriptwriter Kim Su-hyeon, this drama takes a comical yet meaningful look into what a family means to different generations.
One of the daughters in the family tries to tie the knot with the son of an amazingly rich family. But then the prospective mother-in-law asks one simple question: “So, where does she live?”
The less-privileged family in the drama lives in the Gireum neighborhood in northern Seoul, and the rich mother does not even bother to know which district it is. If I were a Gireum neighborhood native, I would have felt hurt, although I am very well aware of the superficial nature of the dramas penned by Kim.
A well-established and frequently sought-after middle-aged writer for TV dramas, Kim is talented in provoking people’s emotions. She is quite a sellable writer, and her sales strategy is to bug people.
I am not saying that what she writes is evil, though. I still admit that she knows how to make words sound original yet comprehensible, which can be quite a demanding task for a TV drama writer.
Still, Kim’s use of the Gireum neighborhood factor in the recent episode of her new drama was provocative enough for me to mull over one of the reasons why I left the home sweet home of my former neighborhood.
I had many good reasons to move out, but I still cannot be 100 percent happy. Did I really run away from the past just because those two little acquaintances laughed at me?
True, life is often unfair from birth onward. But is there any good reason why I should be reminded of the unfairness of life while mindlessly tuning into a TV drama?
I guess I won’t be tuning into Mommy’s Angry again. The cast and the crew of the drama are fine, but it works as a vulgar reminder of the superficial nature of human society.
But I can’t shake the feeling of sudden nostalgia for those days when I lived happily with my parents and sister under the same roof, listening to Frank Sinatra.
I think that those days brought a happiness that life in the posh Cheongdam-dong district might never brings about.