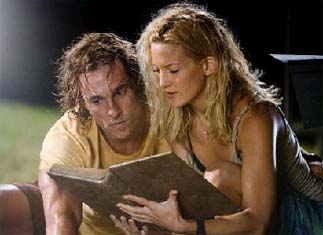 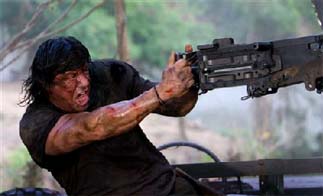 Fool’s Gold (12)
Action, Comedy/ 112 min/ English
Ben “Finn” Finnegan (Matthew McConaughey) is a treasure hunter obsessed with finding the legendary 18th-century Queens’ Dowry that was lost deep in the ocean. Finn’s wife, Tess Finnegan (Kate Hudson), has just begun to work aboard a mega-yacht owned by a billionaire. After Finn discovers a vital clue, he convinces Tess to join him in pursuit of the Spanish treasure. Finn plans to board the yacht to start the hunt, but finds he is not the only one looking for the treasure. 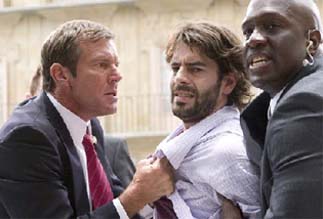 Rambo 4 (R)
Action, Drama/ 93 min/ English
Twenty years after the last film in the series, John Rambo (Sylvester Stallone) has long given up fighting and lives a solitary, peaceful life in the mountains of northern Thailand. His simple life, however, changes when human rights missionaries approach him to act as a guide to the Salween, a war-torn region. Soon after Rambo takes the missionaries to there, he finds out that the aid workers did not return. To save the missionaries, who are held captive by the Burmese army, Rambo has to make a life-changing decision. 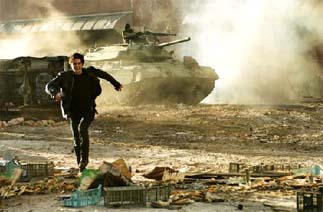 Vantage Point (15)
Action, Thriller/ 90 min/ English
Thomas Barnes (Dennis Quaid) and Kent Taylor (Mather Fox) are two Secret Service agents protecting the U.S. president during a crucial summit in Spain.
After the president is shot shortly after his arrival, chaos ensues and disparate lives collide in the hunt for the assassin. Although the incident seems mysterious, the testimony of eight people helps reveal the shocking truth behind the assassination. 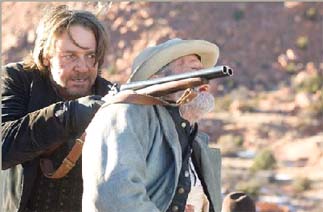 Jumper (15)
Animation, Thriller, SF/ 88 min/ English
David Rice (Hayden Christensen) can teleport himself anywhere because of a genetic anomaly.
He’s been taking advantage of his ability by “jumping” anywhere he wants, living a luxurious life as an international jet-setter. Based on Steven Gould’s novel, the film tells how Rice discovers that this gift has existed for centuries.
He finds other people with “jumping” ability, and he also discovers that a war has been raging for centuries between jumpers and their enemies. Rice joins the fray and discovers his past and the truth about his family.

3:10 to Yuma (15)
Action/ 122 min/ English
A poor rancher, Dan Evans (Christian Bale), is desperate for money to save his family.
He agrees to help transport Ben Wade (Russell Crowe), an outlaw recently busted for robbing a stagecoach, to Yuma, Arizona.
The train is due at 3:10, and they have to put Wade on the prison car.
Wade’s gang, led by Charlie Prince (Ben Foster), sets out to save Wade from probable execution in Yuma.
They do their best to chase down the posse taking Wade to the town of Contention.