In hot pursuit of the athletic dollar

In hot pursuit of the athletic dollar 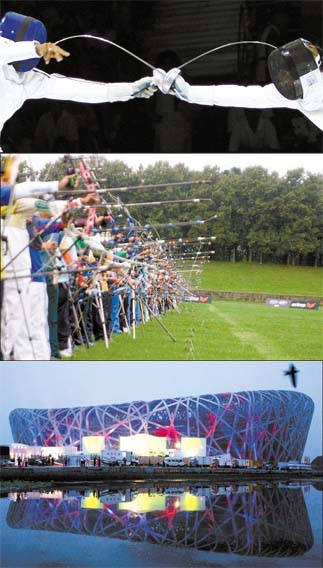 China is licking its chops at the prospect of hundreds of thousands of tourists swarming across its borders to watch the 2008 Summer Olympics.
Cash registers will be ringing up sales throughout the stifling month of August.
Korea, a couple of hours away by plane, looks on with envy. With so many tourists in the region, it comes as no surprise that tourism officials are dreaming up schemes to get a slice of the action.
This country has bold plans for developing its tourism, and the Olympics is a vast cash cow.
Attracting visitors this summer would boost the Korea Tourism Organization’s chances of meeting its target of $5.8 billion in tourism revenue and 7 million visitors, unveiled two weeks ago.
The grand plan is to lure international athletes bound for the Beijing Games to Korea with promises of discounts and freebies. 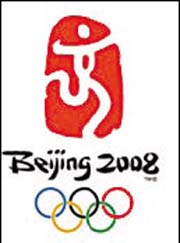 “Of course these athletes will be in serious training for the summer events and might not have time for sightseeing, so we don’t expect a surge,” said Ji Hae-nam, an official at Seoul city government who is responsible for attracting teams.
“But we’re looking long term. If these athletes come to Korea to train and rest prior to the games and if they have a good impression of our country, they might return in the future to train or as tourists. And they might spread the word in their home country, which is a kind of indirect promotion,” Ji said.
The Korea Tourism Organization has stepped up its marketing for the Olympics by signing an agreement to strengthen cooperation with the Korea Sports Council.
“I only regret that we didn’t unite sports and tourism much earlier,” said Kim Jung-kil, chairman of the sports council during the agreement signing ceremony, which was held at the tourism organization’s office in Seoul.
“This is a significant moment as we are introducing Korea through sports,” Kim continued.
Oh Jee-chul, president of the tourism organization, said his institution along with the Korea Sports Council will expand cooperation with local governments. They hope to promote Korea as a training ground to international teams.
Joung Jin-soo, leader of the strategic product development team at the tourism organization, said, “We are hoping to attract approximately 2,000 people before the Olympics begin.”
According to the tourism organization, as of Monday local city governments including Seoul have secured agreements with 425 athletes and coaches of 30 national teams from 14 countries.

They include Canada, Denmark, Poland and Japan. Negotiations with Egypt, Algeria, Russia and Bulgaria are underway.
“We’re lucky,” the official said.
“Even if China has the most advanced sports facilities the world has seen, there won’t be enough accommodation for the number of athletes that need to rent them. If they get the chance to rent them, it will only be for short periods, such as stretching and warmups before a competition. Korea has a geographical advantage and we have the facilities to meet the needs of the international teams,” he said.
The official said Japan is Korea’s only rival.
“Hong Kong doesn’t stand a chance because it is a city-state and its sporting facilities are limited compared with Japan and Korea. Although Japan’s facilities are far better than Korea’s, we’re geographically closer,” he said.
The tourism organization began its aggressive marketing activities through its overseas branch offices last year.
“Korea’s facilities are well-equipped and meet international standards,” said Kim of the sports council, adding that the food and climate are also similar to Beijing.
Jeju has been the most successful local government so far, securing more than 250 athletes from nine countries competing in six sporting events.
Hwang Seong-hwa, in charge of sports for the Jeju Special Self-Governing Province, said the island is offering hotel discounts ranging between 20 percent and 60 percent. 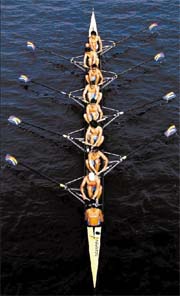 Discount flights and free use of sport facilities including gymnasiums have also been put on the table.
“Some couldn’t believe the offers and called up several times to confirm the deals,” said Hwang.
“Free use of the gym is what has really set us apart from Japan, which admittedly has better facilities than us,” he added.
Interestingly, the Japanese national swimming team and the synchronized swimming team have made reservations to practice in pools on Jeju Island.
“The Japanese team is a bit superstitious. They won gold medals in the past after practicing on an island,” Hwang said.
The Japanese synchronized swimming team has booked for May and August; the swim team has booked the use of Jeju facilities in July.
Jeju Island is expecting 1.2 billion won ($1.27 million) in revenue from this sporting enterprise, cash that will be put to good use.
Jeju is hoping to host foreign teams at events in Asia such as the World Championships in Athletics in 2011 in Daegu and the Asian Games scheduled for 2014 in Incheon.
“We tried to attract mostly domestic athletic teams to train in Jeju in the past,” said Hwang. “The Beijing Olympics have allowed us to expand to the international market.”
Gyeonggi has already designated which cities will accommodate which sport. Suwon and Ansan have been assigned football teams, while Seongnam and Pyeongtaek are concentrating on hockey.

Hwaseong has been assigned fencing, and Pocheon badminton.
Suwon and Yongin are trying to lure international taekwondo teams, both cities having many years’ experience working with the top taekwondo fighters in Korea.
The American national diving team trained earlier this month in Suwon for three days in preparation for the FINA Diving World Cup held between Feb. 19 and 25 in Beijing.
The city competed against Hong Kong and Macao before finalizing the agreement with the U.S. team.
The Seoul city government earlier this month announced its own promotional campaign.
Its campaign, “Visit Korea 50,” focuses on international athletes and tourists, offering significant discounts on tourism services, including shopping, eateries and accommodation discounted at hotels approved by the Seoul city government by up to 70 percent.
The campaigns will be held 50 days prior to major international events in the region.
To further attract overseas visitors, the Seoul city government is planning entertainment via cultural festivals before, after and even during the Olympics. Transportation is likely to be free.
However, the promotional campaign is extremely disorganized.
Some figures provided by the Korea Tourism Organization and local government don’t match.
Data from the tourism organization suggests that Jeju has attracted 250 athletes from nine countries, but Jeju claims a higher number.
“Ten countries with 410 athletes, coaches and trainers have made reservations to use our facilities in Jeju this year,” said Hwang. “We’re hoping to host more than 1,000 this year.”

What’s more, the Seoul city government said it has secured more than just the Canadian taekwondo team to its sports facilities, but the tourism organization has different information.
“A number of countries are interested in training here before the Olympics,” said Ji of the Seoul city government.
“Poland’s national team has agreed to train in Seoul and the Australian and Cuban teams have shown interest,” Ji claimed.
Joung of the tourism organization said figures from local governments may differ as non-national teams competing in the Olympics and figures from last year might have been included in the different tallies.
But there is clearly an organizational problem at work: too many organizations and local governments are working independently and not communicating enough with each other.
Ji of the Seoul city government agrees.
“Some international teams even visit Seoul without our knowledge because they are invited by some other organization,” he said, adding that the Ministry of Culture and Tourism wants to unify the system.
Another problem facing these ambitious plans to bring in overseas teams are the outdated facilities, despite what Kim of the sports council claims.
Ji said Seoul has attracted fewer athletes than Jeju partly because it is easier to schedule facilities at regional governments like on Jeju because the population is less concentrated.
“The track and the infield at the Olympic Stadium in Jamsil haven’t been updated and most of the recently built facilities are open to the public. It’s not easy to ban Seoul residents from using the facilities because we want to rent them to international teams,” Ji said.

Organizers are also struggling with language issues.
“Organizers from the host cities should be competent in English and another language, like Spanish for example, but there’s a shortage of specialized manpower in this area,” Kim admitted.
Korea may have its geographical advantages, bags of discounts on offer and enough enthusiasm to motivate an entire Olympic squad, but questions remain.
Is there a will to organize the different authorities into a more cohesive unit so Korea can take advantage of the opportunities ahead in the summer?
At the moment it looks like every man for himself in this latter-day gold rush.