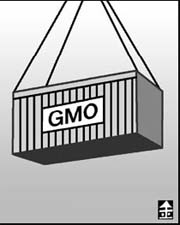 Of all the developments that have revolutionized food, two must always be disclosed when they are employed. They are radiation examination and genetic modification (GMO). Because the government cannot yet verify their safety, it is basically leaving it up to the people to decide.
In the past, GMOs were the darling of the Green Revolution. This enthusiasm contributed to making genetic engineering and bioengineering favorite fields of study in the ’70s and ’80s. GMOs disproved Thomas Malthus’ theory of population, which claims that food supply grows at an arithmetic rate while the population grows at a geometric rate, leaving many hungry. Thus GMOs provided hope for the end of hunger.
However, since the U.S. company Calgene in 1994 introduced the genetically modified “Flavr Savr” tomato, which is resistant to rotting, opinions have reversed. Civil society and certain media organizations labeled the new tomato as potentially unsafe “Franken-food.” Since then, the idea that GMOs are harmful has taken root in the minds of many.
At present, it is too early to expect any verdict on the safety of GMOs. There has been no conclusion to the debate between GMO advocates, who ask people to report any damage incurred from GMOs, and their opponents, who ask for proof that GMOs do no harm if it cannot be directly proven that they are harmful.
Labeling GMOs in Korea is also under debate. The Korea Food and Drug Administration calls them “genetically reassembled;” the Ministry of Agriculture calls them “genetically modified;” and consumer and environmental groups call them “genetically manipulated;” each displays their position by their choice of term. The main body responsible for GMOs is the Korea Food and Drug Administration, and it claims that GMOs that have passed the safety tests.
The debate on the safety of GMOs was re-ignited by the recent announcement of upcoming import of about 50,000 tons of GMO corn starting in May.
It is rather dire for us to still be debating whether GMOs are harmful or not. Our grain self-sufficiency stalls at 24.8 percent and only 0.8 percent of corn is domestically produced. If we import regular grain and not GMOs, then the cost is high. The global price of ordinary corn is $100 more expensive per ton than GMO corn. Also, most of the corn and beans imported from the United States and Argentina are genetically modified, and it is difficult to find ordinary grain to import. Before making a decision on GMOs, we must carefully weigh their pros and cons.