[Talk of the town]K-pop tries to woo U.S. audiences

[Talk of the town]K-pop tries to woo U.S. audiences 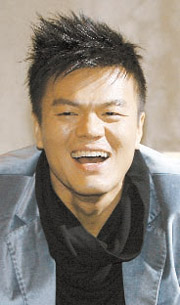 Singer and producer Park Jin-young made quite a splash in New York last Friday. According to JYP Entertainment, his own music company, an audience of 4,000 packed into the Wamu Theater in Madison Square Garden last Friday to see Park plus Min, G-Soul and J Lim, three Korean singers trying to get a start on the U.S. charts.
Min performed “Dance Like This” and “Boyfriend,” two songs written by Park and Lil Jon and choreographed by Flii Stylz, who is Chris Brown’s choreographer.
G-Soul sang “I Believe I Can Fly,” written by his producer-to-be, R. Kelly.
Wonder Girls, a popular Korean dance group, also took to the stage. At the concert, Park said he hoped more Asian stars would make it in America in the future. 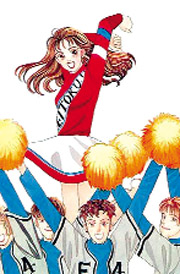 Manga mania blooms on small screen
“Boys Over Flowers,” a Japanese manga series by Yoko Kamio, will be dramatized later this year for Korean TV.
More than 58 million copies of the series were sold in Japan and it’s been published in 14 different countries, including the United States, France and Spain.
SBS TV is also getting involved in the manga action. “I Love You,” which will be aired at the end of this month, is based on the work of cartoonist Huh Young-man.
The 2006 film “The War of Flower” and “Le Grand Chef” (2007) also based on Huh’s manga, will also be dramatized. Le Grand Chef, which starts May 26, stars Kim Rae-won and Nam Sang-mee.

Composer trots out tune for lost national treasure
If you are still grieving for the tragic loss of Sungnyemun (otherwise known as Namdaemun Gate), you can perhaps gain comfort from “Ah! Sungnyemun,” a trot song composed by Park Moon-young, 54, better known as Jung San.
Trot singer Shim Soo-kyung, 29, helped Jung with the lyrics, which include the line “I’m sorry that I couldn’t protect you.” By Lee Eun-joo