Minus 1, bubblegum boy band blows into town with new CD

Minus 1, bubblegum boy band blows into town with new CD 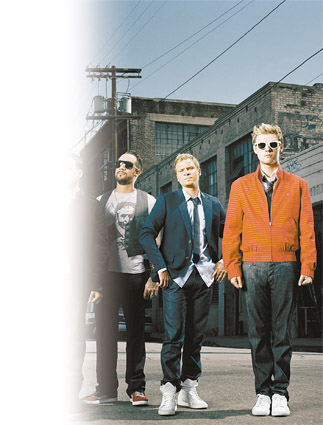 After 12 years away from Korea, Backstreet’s back, alright!
The American pop group’s sound may be different this time around, and they may be down one member, but the Backstreet Boys are in town on Saturday for their second appearance in Seoul.
Fresh off the release of “Unbreakable” (2007) ― the title of which alludes to member Kevin Richardson’s amicable departure ― the boy band members are boys no more.
Though they’ve dramatically adopted a more mature tone after their critically panned 2005 re-entry into the music scene ― signaled by the album brazenly titled “Never Gone” ― the Boys still favor the same tried-and-true material.
The songs are still all about love ― unrequited, lost, betrayed or rock-solid ― and remaining members Nick Carter, Brian Littrell, A.J. McLean and Howie Dorough will belt them out with characteristic passion.
Best known for the bubblegum pop of their late-1990s heyday, the Grammy-nominated BSB have sold over 100 million albums worldwide, making them one of the best-selling musical acts ever. The group’s worldwide album sales, however, have suffered since 2000’s “Black & Blue,” although the album had strong opening sales. Despite generally positive reviews, Unbreakable has fared the poorest so far; its second single “Helpless When She Smiles” failed to break into the Billboard Pop 100. 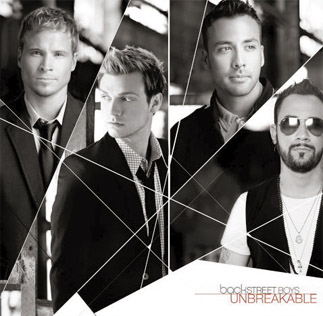 The album cover of “Unbreakable.”

Now on their worldwide “Unbreakable Tour” ― the group’s first without Richardson ― the BSB will croon their old hits, as well as tracks from the latest album, including the first single “Inconsolable” and the forthcoming “Everything But Mine.”
Now that the BSB are older, their fans are, too. But that shouldn’t stop the females in the audience from screaming like schoolgirls Saturday night.