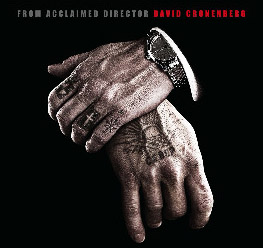 “Eastern Promises” has to be the most slipshod movie that Canadian director David Cronenberg has committed to celluloid.
In his latest film, the cult filmmaker who usually inhabits weird worlds of altered realities and shifting psychological landscapes ― “Videodrome” (1983), “The Fly” (1986), ?“Spider” (2002) ― lumps for an ending of such sappiness that I thought I’d fallen asleep and woken up in another film.
The plot revolves around Anna (Naomi Watts), a midwife at a London hospital, who finds the diary of a 14-year-old Russian, Tatiana, who dies in childbirth.
The diary leads Anna to a Russian restaurant managed by Semyon (Armin Mueller-Stahl), head honcho in the local Russian mafia.
Meanwhile, Anna’s Uncle Stepan, a Russian emigre, takes a peek at the diary and reads that Semyon’s son, Kirill (Vincent Cassel), forced Tatiana into prostitution and Semyon raped her.
So far, so good. Bucketloads of dramatic tension and chilling acting from Mueller-Stahl. Then the story shifts to Kirill’s sidekick, Nikolai (Viggo Mortensen), acting his pants off as the hardened mobster ingratiating himself with the boss.
I don’t want to spoil the story, but let’s just say the narrative lurches into a slushy love story, a plot twist you can hear honking a mile off. The motorbike ride through London to stop Kirill from drowning Tatiana’s child would win the Palme de Gorgonzola for cheesiest chase sequence of late, and the nude knife fight in a London steamroom is an absolute buttock-clencher of a scene.