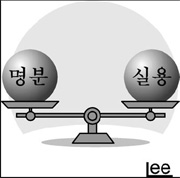 “Journey to the West” is a masterpiece of Chinese classical literature, a work of fiction that lies close to the hearts and minds of the Chinese. Why? Because the book’s characters ― Monk Huanzang; the mythical Monkey King, who was created from a mystical stone mountain; Zhu Bajie the Pig and Sha Wujing the Friar Sand create an intriguing storyline that deals with the tension between moral obligation and and pragmatism.
The relationship between Monk Huanzang and the Monkey King is central to the exploration of the book’s themes.
Monk Huanzang travels thousands of miles to India to retrieve Buddhist suttras in the hope of saving mankind.
The Monkey King is indispensable to Monk Huanzang’s noble goal. He provides protection against troublesome spirits that try to thwart the mission. This shows that no matter how great a cause may be, it can only work if it is heavily supported.
In reality, Monk Huanzang is very weak. Without Monkey King to protect him, he is simply a piece of meat that the spirit world wishes to devour.
As for the Monkey King, without Monk Huanzang’s sacred India mission, he is simply a stone monkey. He is simply a fighter who causes havoc in the Heavenly Kingdom and troubles ghosts.
Monk Huanzang essentially represents moral values we must aspire to; the Monkey King is the means of achieving them.
In other words, it is a relationship between moral obligation and pragmatism.
The influential Chinese philosopher Zhuangzi once said that moral obligations are a guest of reality. He defined the relationship between moral obligation and reality as that of a guest and master. If there is a master without a guest, there is no dignity. Equally, can there be a guest without a master?
The debate on the relationship between moral obligation and reality has deep roots in Asian societies. It concludes that one should not lean too much toward either. The two must work as one.
Pragmatism is in vogue these days: The president emphasizes it daily. However, problems will arise if pragmatism becomes a doctrine.
Reality is so fluid and multifaceted that it is not easy to control. Therefore, the moral obligations that glue reality together are equally important.
A great leader will mix the two. At times he will lead through pragmatism; at other times, through moral obligation. If we hold onto pragmatism too much, we will become nothing more than clever monkeys.
But we also need the moral values of Monk Huanzang.