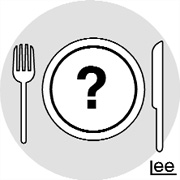 Historic summits at Camp David started after World War II. The mountain retreat was originally designed as a place of relaxation for the American president. Opening the presidential retreat to a visiting foreign leader is a particularly friendly gesture. Unlike the White House, which is filled with tension, a mountain cottage can provide the environment and catalyst for sincere talks and good results. The famous summits held there include those between Franklin Delano Roosevelt and Winston Churchill to discuss policy toward Germany during World War II; Dwight D. Eisenhower and Nikita Khrushchev to resolve tensions between the United States and the Soviet Union; and the three-way Jimmy Carter-Anwar Sadat-Menachem Begin talks, which ended in the Camp David Accord for Middle East peace.
George W. Bush is the president who has used this “cottage diplomacy” the most. Like his predecessors, he invited leaders to Camp David and to his own private homes in Crawford, Texas and Kennebunkport, Maine. He chose each place to match his relationship with the visitor. An invitation to the Crawford farm is considered the warmest gesture. Japan’s former prime minister, Junichiro Koizumi, was invited to Camp David in 2001 and then to Crawford for his next visit.
The Blue House announced that President Lee Myung-bak will meet with Bush at Camp David during his U.S. visit. It seems considerably late in Bush’s term for the president of an ally to be invited there.
In reality, former President Roh Moo-hyun had also promoted the idea of a cottage summit before his visit to the United States in May 2005. The United States reacted positively, as a way to thank him for sending the third-largest number of troops to Iraq, after the United States and Britain. However, the meeting fell through at the last minute due to objections from the Blue House staff. Some of them argued that Roh must not speak in English and must always use interpreters, making the visit more formal. A meeting in a Camp David cottage would have made that inappropriate. That provides a glimpse of the relationship between Korea and the United States.
Last April, when Japan’s Shinzo Abe met President Bush for breakfast at Camp David, a menu item that no one expected. It was cheeseburger, made with American beef. The message was, “Please eat this beef; it is safe. Then open up your market to more imports.”
Just like Japan, Korea has issues with the United States on imported beef. The question of what will be served to President Lee this time is a matter of interest.