The palace of intrigue and conspiracy

The palace of intrigue and conspiracy 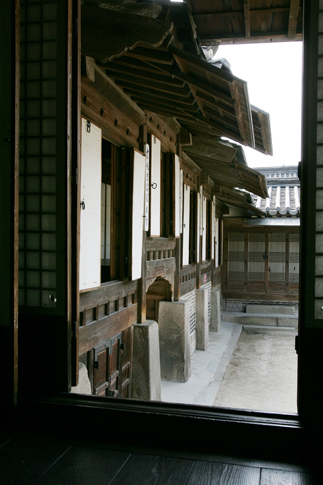 Iro-dang, where the ladies of the court lived.

The steps you take around Unhyeon Palace in Unni-dong, central Seoul, make you feel high and noble, as if you were a king or queen of the Joseon Dynasty (1392-1910).
Though the site exudes serenity today, the atmosphere within was politically charged back then.
It was actually the setting for titanic political struggles between the modernizing Queen Min and her father-in-law, Yi Ha-eung, the father of Gojong (Joseon’s 26th king), who preferred isolationism and better relations with Japan.
Serenity would have been hard to find during Yi’s rule.
As King Cheoljong (Joseon’s 25th king) was about to die in old age, no male heir was waiting ― the king had two daughters.
It was up to the Andong Kim clan to choose the next king. Though they were not from the Yi clan, the Kims had intermarried with the Yis, which gave them power to choose. 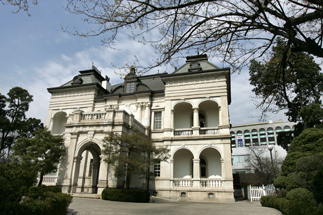 Yi Ha-eung was a descendent of King Yeongjo, Cheoljong’s nephew, and was most likely to become king. So the Andong Kims had to keep him in check.
But Yi was secretly working in the background to keep the throne. He went to family parties held by the Kim clan and pretended he was powerless.
The Kims were relieved to see that Yi didn’t look like he had the influence to become king.
However, when King Cheoljong died, Yi was ready to seize power.
At that time, there was a law that the heir to the crown should be the most recent incumbent, which was Yi’s son, Yi Myeong-bok (King Gojong).
In 1864, Yi Myeong-bok was crowned king and his father, Yi ha-eung, became a regent.
Yi, better known as Heungseon Daewongun (1828-1898), appealed for a political revolution and the removal of corrupt government institutions and memorial halls, which bound his enemies to other allegiances, and he worked to revise certain laws, such as tax laws, which were made more fair.
He also persecuted 8,000 Roman Catholics, which led to a French naval attack against Korea in the late 19th century.
Yi’s royal policy favored isolationism and he worked closely with the Japanese.
He ruled as regent for almost 10 years during 19th-century Joseon, but he was sent into exile in 1882.
In contrast, Queen Min, Yi’s daughter-in-law, favored modernization. She worked for Joseon’s independence, wanting her country to stand on its own free of foreign influence such as Japan.
She is regarded as a national heroine among many Koreans today.
The palace was Yi’s private residence and where Gojong spent his early life until he ascended the throne at age 12.
Queen Min and Gojong also got married at Norak-dang, one of the complexes in the palace. 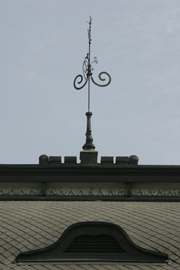 “The palace [which is designated as a historic relic] is a symbol of modernizing Korea. It represents Yi’s authority as well as late Joseon architecture,” said Ha Jeong-hyo, a 66-year-old volunteer guide there.
Ever since Ha retired in 1998 as a public servant, he has volunteered at the palace.
There are currently six volunteer guides.
“The palace shares many stories. It’s a site of living history,” Ha said, as he introduced the complexes.
The palace was more spacious in the late Joseon period, but only three complexes remain today ― Noan-dang, Norak-dang and Iro-dang. Sections were destroyed during the Japanese colonial period.
Noan-dang was Yi’s office, built in 1864. Norak-dang, the largest complex, was where King Gojong and Queen Min had their wedding, a grand event that mobilized 1,641 guards and 700 horses. Iro-dang was home to ladies-in-waiting who lived at the palace.
Yi selected Min as Gojong’s wife, thinking she would be docile and easily controlled.
But he was mistaken.
Queen Min, who was 16 when she got married, was a dynamic woman. Unlike Yi, Min advocated stronger ties with nations like Russia as a way of stemming Japan’s influence.
Shortly after Japan proved its regional dominance after winning the Sino-Japanese War, Goro Miura , the Japanese Minister in Korea, ordered some 20 Japanese agents to assassinat Min in 1895.
Her death was known as the Eulmi Incident and her body was incinerated, according to eyewitness accounts.
She was 44.
Among the 14 pro-Japanese Koreans involved in the assassination, seven were executed, but the Japanese did not charge any of its men, including Goro Miura.
While relating Queen Min’s tragic history, Ha pointed at a modern building behind Norak-dang. He said it was the office of Yi Joon-yong, Yi’s grandson.
“He [Joon-yong] was one of the pro-Japanese Koreans,” Ha said. “During Japanese rule, he yielded the building to the Japanese.”
On the roof of the Western building stands two iron symbols.
One says “Japan” in Chinese characters and the other is embossed with sakura, a cherry that represents Japan.
Ha explained that since the structure was built higher than the palace in 1908, the Japanese could keep an eye on what’s happening inside the palace.
Unhyeon Palace was privately owned by Yi’s descendants. 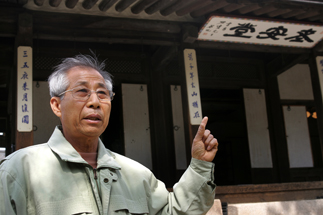 Ha Jeong-hyo, 66, a Korean-speaking volunteer guide at the palace, stands in front of Noan-dang, which housed Yi Ha-eung’s office. By Kwon Tae-gyun

Though a lot of history took place at this historic site, the palace isn’t spacious or opulent.
Parts have been sold to private enterprises including Duksung Women’s University and Kyodong Elementary School.
“Bearing in mind Yi’s royal power during late Joseon, the palace is quite simple,” Ha said.
Korea’s first short story writer, Kim Dong-in, noted Yi’s grand and aggressive rule in his tale, “Spring of Unhyeon Palace.”
The story depicts Yi as a national hero who kept the country free of political corruption.
But Yi’s royal power soon collapsed as foreign powers started occupying the nation.
He was kidnapped by Qing Dynasty forces during an army rebellion at the palace in 1882.
The writer Kim depicts Yi’s powerful rule as the spring season, whereas the palace overall shared all four seasons including winter, which represented Yi’s hard times.
“It’s always spring in Unhyeon Palace now,” Ha said.

To preserve the site Yi once inhabited, the palace offers traditional programs including classes on traditional etiquette, quilts and marriages.
Cho Jeong-an, who teaches traditional patchwork at Iro-dang, says she meets with Korea’s past every day.
Yukitoshi Emi, a Japanese student learning how to make Korean patchwork, is also aware of the palace and its history.
“Learning patchwork inside the palace is different from learning inside a concrete building,” Yukitoshi said. “The force of sunlight that shines through the fabric means more to me. It involves history.”