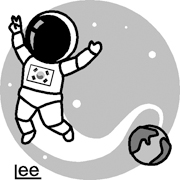 Space development was the only field in which the Soviet Union was ahead of the United States during the Cold War.
In 1957, the Soviet Union sent a satellite, Sputnik, into orbit. Four years later, it sent the shuttle Vostok 1 into space, with the cosmonaut Yuri Gagarin becoming the first human to orbit Earth. Lieutenant Gagarin reported to the people on Earth what he had seen: “The Earth is green.” Then he said, “I looked hard, but there was no God in space.” This was a typical statement for a soldier reared in dialectical materialism.
The United States was chagrined. It was the biggest shock since Pearl Harbor to be overtaken by the Soviet Union, which was thought to be only good at ballet and making vodka, as the first country to enter space.
Sergei Korolyov was the scientist in charge of the Soviet space program that made Gagarin’s feat possible. However, he was a hero without a name. Since the Soviets feared he might be assassinated, his name was kept top secret until his death in 1966. They even refused a Nobel Prize for the person who succeeded in launching the first manned spacecraft.
At the time, the world powers staked their destinies on space development. That is because the technology and skills deployed are inseparable from military ones.
The reason China was able to succeed in launching manned spaceships, only the third country in the world to do so, is its long history of military ability. The bonanza from those technical skills in the private economic fields are also very large. That is another reason that powerful countries are not forthcoming in sharing their skills in this field. With this reality, there is no room for sentiment such as, “In space, I feel like I have become one of the stars.”
Korea is way behind in space development. Making a living everyday is more urgent on Earth, so there is no time for people to dream of space. It has taken Korea 47 years to send a person to space after Gagarin, after more than 470 people from 36 countries.
It comes at a time when even ordinary people can enjoy space tourism if they have the money.
Even so, the pioneering Korean woman astronaut, Yi So-yeon, must be praised. Although Korea is a latecomer, it is set to launch a satellite built solely by Koreans in the newly built Naro Space Center in Koheung. Our country will become the ninth member of the space club. Sometime later, it will develop a manned spaceship.
Let’s hope that Yi’s eight days in space will set the foundation for Korea to become a strong country in the field.