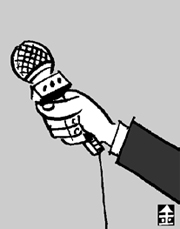 Modern day opinion polls are the outcome of 20th century U.S. political history. It all started with George Gallup establishing the Gallup Poll in 1935. Gallup was then noted for having precisely predicted the election of Roosevelt as president. Of course, even in the U.S. there were opinion polls before then. Straw polls were based on research on preferences for president. It goes back to the presidential election in 1824, when pollsters randomly asked people on the street.
Subsequently, U.S. opinion poll firms that started with Gallup have influenced presidential elections because of their high prediction rates. Exceptions were the 1948 presidential election, which missed on the winner, and the 1980 presidential election, that missed the number of votes obtained. The power of opinion polls has changed the political climate in the United States. In forging election strategy, opinion polls came to play a greater role. Opinion polls and media experts were at key posts of the election camps.
Gallup emphasized that opinion polls are a tool of democracy that reflect the opinion of the people versus the few political elite. He believed that opinion polls were the flower of democracy. On the other hand, concern with the inaccuracy of the polls and even manipulation of them has been a continuous concern. One of the main problems cited was the bandwagon effect of opinion polls — they can influence other people’s opinion. People like to take sides with the majority and will easily align with the poll leaders.
In 1980, the exit polls done by U.S. TV network NBC were criticised. The problem was not about precision, as in South Korea, but the three-hour time difference between the west and east coasts. The results of exit polls in the east can influence voters in the west that had not finished voting.
The low voting rate also impedes the precision of the polls. The solution would be to find out who will vote and then ask their opinion, but it is not so easy. As criticism continues, there are now even countries with an organization to verify the polls. The recent 18th legislative election left a dent in the trustworthiness of opinion polls. TV network exit polls missed the mark here and there and some polls carried out by newspapers also did not fare well. Media scholar Kang Mee-eun said, “the process is more important than the result when carrying out opinion polls, but only results are broadcast, making it a problem.”
We live in an era when we feel uncertain about things without the backing of opinion polls or statistics. At least in elections, we have a final result to verify the accuracy.