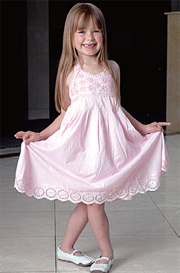 Next week, get an earful of this pint-sized songstress’s voice.
Connie Talbot, 6, who reached the finals of ITV’s “Britain’s Got Talent” program, comes to Korea next Monday to promote her debut album, “Over the Rainbow.” She will stay in Korea until April 25.
During her visit, Talbot is scheduled to appear on SBS TV’s “Star King,” a program hosted by entertainer Kang Ho-dong. The actual program airs on May 5, Children’s Day in Korea.
She may be the size of a Munchkin, but Talbot was the talk of the town for her larger-than-life rendition of “Somewhere over the Rainbow” on Britain’s Got Talent.

Country’s first cartoon kicks off opening of Korea Film Museum
Director Shin Dong-hun’s “Hong Kil-dong” (1967), the first animated film to ever play in a Korean theater, will be one of the first films to screen at the Korea Film Museum, which opens May 9.
The Korean Film Archive obtained and restored the 16-millimeter block book found in Japan late last year.
At the museum’s opening, 58 films will be screened, including “Crossroads of Youth” (1934), currently the oldest known Korean film by director Ahn Jong-hwa. 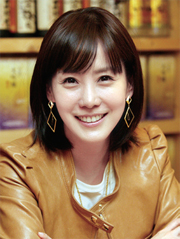 Nasty Nas to ignite Korea in May
Nas has no problems making headlines at home in the United States. Next month, the incendiary rapper comes to Korea for two performances under the banner “Sensation Festival 2008.”
Fellow American artists D.J. Premier and The Sugarhill Gang, of “Rapper’s Delight” fame, will join Nas May 30 at the EXCO Convention Center in Daegu and May 31 at the aT Center in Yangjae-dong, southern Seoul.
Nas, born Nasir Jones, sparked controversy recently for choosing to label his forthcoming album “Nigger.”
He also received flack in 2007 for spewing violent, bullet-ridden rhymes at a concert at Virginia Tech, which had suffered the deadliest campus shooting in U.S. history only months before his show.

Handball movie star gives ‘Forever the Moment’ new meaning on TV
Actress Kim Jung-eun, who starred as a handball player in Lim Soon-rye’s “Forever the Moment,” a film about the Korean female handball team at the 2004 Athens Olympics, hasn’t yet let go of her role. The actress is currently negotiating with a local broadcasting station to become a commentator during female handball matches at the upcoming Beijing Olympics.