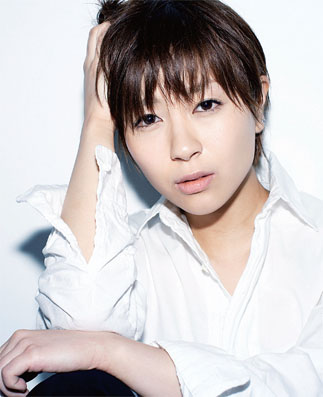 Hikaru Utada describes her latest release as her “most honest album.” Provided by the organizer

There are several ways to describe Hikaru Utada. She is Japan’s top recording artist. The Japanese people voted her “No.1 Favorite Artist of the Year” last year and in 2004. She has sold over 25 million albums worldwide. Her debut album “First Love,” which sold 10 million copies, is considered a legend in Japanese pop (J-pop) music.
Utada has distinguished herself from other Japanese female pop singers with her versatile talents as a songwriter, composer and producer. She is also credited for bringing R&B into the mainstream of J-pop.
Marking the 10th anniversary of her debut, Utada has once again proved her royal status in J-pop with her fifth album “Heart Station.” Immediately after its release, “Heart Station” hit No. 1 on the Oricon Chart. With that, all of her five original albums plus a greatest hits album have reached the chart’s peak.
More than any other previous albums, Heart Station displays Utada’s true colors. For starters, she looks so comfortable on the album cover, with sheer makeup and disheveled hair, as if saying “This is me.” One easily forgets about her highly publicized recent divorce — Utada married Kazuaki Kiriya, a photographer and film director 15 years her senior in 2002 — as well as her disappointing debut in the U.S. music industry.
While her previous songs are known for a moderation of emotions like love, pain and loneliness, this time it’s almost as if we are looking into her diaries. The title song Heart Station, is about a painful breakup.
“The latest album is ‘me, right now,’” Utada said. “I wanted to produce an album that is more honest than any other record I’ve made. It was my aim to make the sound, lyrics and the message as simple as possible. So I just had to express my feelings and thoughts with no disguise or embellishment.”
In fact, “Boku Wa Kuma (I Am a Bear)” is so simple and childlike that it could come as a shock to Utada fans who are used to her stylish songs. But for the artist, it is a meaningful song that took her back to basics and reaffirmed her principle of truthfulness. It has become a favorite of teenagers to 70-somethings.
“I got a big teddy bear as a present three years ago. Since then, I began to hum the melody,” Utada said.
Born to a record producer father and enka, or Japanese folk song singer, mother, Utada began composing at an early age.
She tried to make something new and to improve all the time, but this put a lot of pressure on her. For the first time, however, she freed herself from such stress and just let it be. “I wasn’t even conscious of my previous songs. I just followed my heart.”