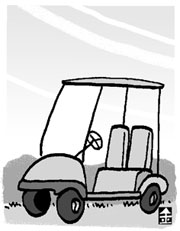 Former U.S. Secretary of State Colin Powell is known as a gentleman despite his imposing size. Although he rarely lets his anger show, he once famously lost his temper with Korea’s former Foreign Minister Yoon Young-kwan.
The two met in New York, during the United Nations General Assembly on Sept. 25, 2003.
Yoon handed General Powell a book called “Crisis on the Korean Peninsula,” recommending that the American read it.
This book, written by a researcher at the Brookings Institution think tank, included content that criticized the Bush administration.
It wasn’t a good start to the meeting and it didn’t put General Powell in a good mood.
Then Minister Yoon made another unexpected remark. “If the United States gives up the hard-line policy toward North Korea, South Korea will send additional forces to Iraq.” Apparently, this was a stance that he had been ordered to take by Seoul.
Powell remarked, “That is not how allies work.”
Powell was not angry because South Korea wished to debate whether or not it would send additional forces to Iraq, but because of the fact that the South was trying to link this issue with the North Korean problem.
The Korea-U.S. relationship was in perilous during the Roh Moo-hyun administration. Phrases such as “runaway ally” or “a couple just before a divorce” appeared in the U.S. press in describing the Korea-U.S. relationship.
The reason President Lee Myung-bak emphasized faith so much during his first visit to the United States was because he had those uncomfortable memories of the past. President Lee pointed out a “faithful alliance” as one of the three principles in creating the future of the relationship between the two countries.
The way President Bush greeted President Lee at Camp David was special, since he let President Lee steer the golf cart they rode. This could have been a performance showing that the faith between the two countries is recovering.
President Bush’s joke that “this person doesn’t feel safe with my driving” had deep meaning.
It also signifies that former Korean presidents did not trust the United Sates. However, after they took one ride Bush called Lee “a fabulous driver.”
Let’s hope that the faith between the two countries expands based on realistic progress, and isn’t isolated to driving golf carts.