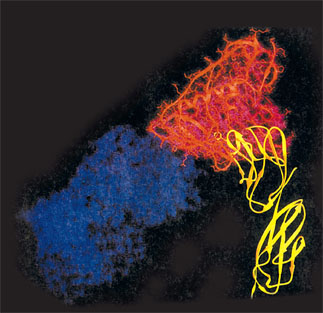 Korea takes a tough stance on expats with ‘epidemic diseases’


South Korea employs a strict deportation policy for expatriates infected by HIV. According to Chung Gye-seong, an immigration official, a total of 46 were deported last year, and 570 in total since 1988.
Lim Jin-taek of the Justice Ministry says that once the Korea Centers for Disease Control and Prevention has identified a foreigner as having HIV, the ministry initiates deportation procedures. But, Lim says, the process is not foolproof.
“Sometimes we get inaccurate information from the center making it hard to find a person,” says the official. “Then the person might just stay in the country. It happens from time to time.” Expatriates married to South Korean citizens are usually allowed to stay, Lim says.
Under the Immigration Act, the ministry can bar individuals and deport them if they have “epidemic diseases.”
Expatriates on E-6 visas — for people working in the entertainment industry and doing public performances — an HIV test is mandatory. According to data collected by Germany’s Deutsche AIDS Hilfe, 106 out of 170 countries have some form of HIV-specific travel restrictions. South Korea is one of 13 countries that ban HIV-positive people from entering for any reason or length of time.
“The global tendencies are worrying. There are a number of countries that have increased their restrictions within the last few years,” says Peter Wiessner, an official at the German organization. “The existence of these regulations is based on assumptions that are wrong and discriminatory. Another reason for the existence of these regulations is simply to avoid costs for expected treatment and care.”
The South Korean government does not enforce travel restrictions on South Korean citizens carrying the virus.
Pai Hyunjoo, a doctor at Hanyang University’s College of Medicine who treats HIV patients, says one of her patients, who holds American citizenship and is married, was told recently to quit his job and leave the country. “There are a lot of problems there,” says the doctor.
Chung Jeong-hoon, a lawyer who took part in the recent amendment process of the AIDS Prevention Act, argues that the law is flawed when it comes to deporting expatriates.
“It’s like a summary deportation without due process of law. The law states that the authorities have to decide case by case whether to deport, but in reality the authorities opt to deport in every case,” Chung says.
Seoul officials argue that South Korea is not the only country that enforces strict rules. “Our main concern is protecting the public and national interest,” says Nam Jeong-gu of the Korea Centers for Disease Control and Prevention.
Nevertheless, last week the Seoul Administrative Court overruled a decision by the Justice Ministry to deport a 32-year-old Korean-Chinese man who tested positive for HIV. The court argued that the man was not a threat to others living around him.