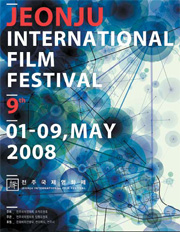 A week from now the Ninth Jeonju International Film Festival is scheduled to kick off, its mission to search out creative films from around the world and give audiences an experience unavailable at most movie theaters: the chance to see experimental films.
One of the main events is the international competition that selects the festival’s best film.
Twelve films have reached the final stage of the contest.
The movies were chosen from 1,204 submissions, including 815 from South Korea and the rest from overseas.
Sponsored by Woosuk University and Daum Communication, the festival’s top film will be awarded the Woosuk Award plus a cash prize worth $10,000.
Second place gets $7,000 and the Daum Special Jury Prize.
The selection committee comprises a five-member jury: Bong Joon-ho, who directed “The Host” (2006), which was seen by more than 10 million cinemagoers; the writer and film critic Chris Fujiwara; Abolfazl Jalili, who received the Silver Leopard award at the International Film Festival Locarno with his film “Dance of Dust” and the International Critics Award at the London Film Festival; actress Um Ji-Won, who starred in “Tale of Cinema” and “Traces Of Love”; and film critic Defne Gürsoy.
The winner will be announced at the closing ceremony.
This year’s opening film will be “The Kiss,” directed by Manda Kunitoshi.
The “Work in Progress” event, launched for the first time, will feature eight movie directors and their films.
One of the directors will be selected and awarded 5 million won ($5,000).
The event is aimed at supporting independent filmmakers who have participated at the festival before.
During the festival, which lasts from May 1 to 9, visitors can catch the work of Alexander Kluge, a prominent figure in New German Cinema.
Industry experts say that his influence on German films transformed the structure of the industry, pointing out that his films are highly intelligent and that he doesn’t shy from dealing with sensitive issues such as Germany’s Nazi past.
A total of 20 feature and short films, such as “Yesterday Girl,” which was awarded the Special Jury Prize at the Venice Film Festival, will be shown. 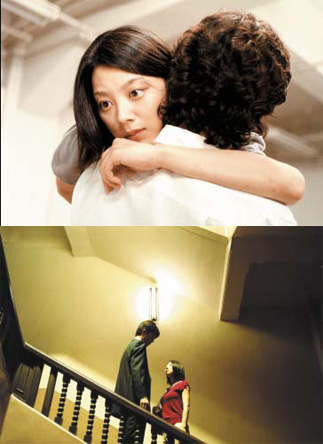 German film critic Ulrich Gregor, who has contributed film reviews to journals and newspapers at home and abroad since 1957, will conduct special lectures on Kluge’s films on May 3.
Special screenings on Vietnamese movies and movies from Central Asia, such as the Tajikistani movie “Brother” directed by Bachtijar Chudojnasarov, will also be screened.
For more information, call (063) 288-5433 or visit www.jiff.or.kr.