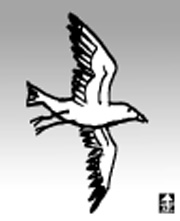 On March 11, 1918, a military hospital at Camp Funston in Fort Riley, Kansas, United States, treated an unusual number of patients who had similar symptoms all day long. “I feel a cold coming on,” they said, by the hundreds.
Some of them were shipped off to Europe a few days later to fight in the First World War. By May of that year, the flu had infiltrated the French army trenches.
In June of that year, more than 8 million were brought down by influenza in Spain. It was referred to as “Spanish flu” by the French, while the Spanish called it the “French flu.” Influenza was far more dreaded than the shells the French army rained down upon the German enemy.
By the time that summer came to a close, influenza had overtaken the German barracks; at least 400,000 German civilians lost their lives. The disaster spread to Asia and swept India and China. The Korean Peninsular was not spared. The 1918 influenza pandemic, which continued into the following year, caused genuine panic throughout the world.
The more surprising fact is that the memory of the calamity left people’s minds so quickly. Many people who know about the black plague, one of the deadliest pandemics during the Medieval Period, but have no idea about the “spanish flu,” which broke out in the 20th Century.
A major culprit behind the calamity was not a cold virus, but an influenza virus.
In 2005, Dr. Jeffrey Taubenberger of the U.S. Armed Forces Institute of Pathology succeeded in mapping the genetic material of the virus that caused the devastating 1918 influenza pandemic. He is well-known for his work extracting samples of the 1918 virus from preserved tissue and sequencing its genome.
He conducted an in-depth study on the corpse of an aboriginal man who died the same year as the flu pandemic and was buried in the ice for 80 years in Alaska.
He initially believed a pig was the major culprit behind the epidemic; people and animals can be infected with the pig influenza virus. However, after a close investigation of virus genes extracted from corpses, he reached the conclusion that the disease originated from birds.
Recently, a suspected case of avian influenza occurred in Korea. Dr. Gasai Dakeshi of the World Health Organization, who is an expert on avian influenza, expressed his concern: “People are too unaware of the deadly effects that avian influenza can bring to the whole world.” It is high time to draw in the reins against avian influenza.