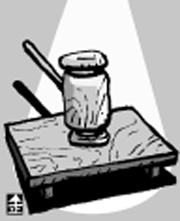 In New York, it is technically illegal to dance in most clubs and bars. This is mainly due to the “Cabaret Laws” legislated in 1926 during Prohibition, a U.S. constitutional amendment that banned alcohol and associated activities. Bar and club owners instituted legal proceedings against the cabaret laws two years ago. The Supreme Court of the State of New York ruled that “The city’s 80-year-old cabaret law is still in effect and constitutional because it has not yet been abolished.”
In Kentucky, people are required by law to take a bath once a year. A lady in Vermont needs her husband’s written permission to wear false teeth. Iowa is a conservative place. When a judge ruled that marriage for same-sex couples was allowed under the state’s constitution, Iowa’s state government protested and enacted its own defense of marriage act. People also cannot legally kiss for longer than five minutes in Iowa.
The situation is more serious in Europe than one might imagine. According to The Times of London, attaching a postage stamp with the monarch’s image upside down in the United Kingdom is high treason. There is an old tradition that a warship entering London’s port must offer the Constable of the Tower of London a barrel of rum. Meanwhile in France, if someone names his pig Napoleon, he can be arrested.
These are all ghost laws. In all countries through the ages, officials are quick to enact such laws and persist in denying all knowledge of them to the end.
Korea is no exception. The president is authorized to appoint the chief justice and the justices of the Supreme Court. However, the electoral college still had the legal right to elect them until recently. The act was legislated right after the April 19 Student Revolution of 1960. It survived for 46 years until being abolished last year. The same might be said of Korea’s credit bank law. Long-term credit banks disappeared during the 1998 financial crisis, but the law survived nine more years until it was abolished in December. Dozens of unconstitutional ghost laws still remain.
President Lee Myung-bak toured livestock farms and criticizing Korea’s complicated fire services laws. He said, “Can a cow read the exit sign and escape?” The National Emergency Management Agency was dumbfounded. The president is busy taking out unnecessary utility poles and emergency lights. Officials stand as firm as rocks, showing no signs of change. Usually, they start protests against a president early in his administration. I am afraid they will now try to require the president to get permission from a government official to make an on-the-spot visit.