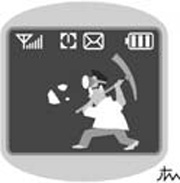 During a gold rush in the mid-19th century in Victoria, Australia, a hotel bar in Bendigo was popular among miners looking to celebrate after gold was found in the area. Workers assigned to clean the floor may have grumbled about the job at first, but they soon stopped complaining. This is because while cleaning, they found that they were able to sweep up gold that had fallen off the miners’ boots.
At the time, workers came from all around the world to help dig up what was then 40 percent of the world’s gold output.
Nowadays, people rushing to find gold in backwater regions can only be seen in Charlie Chaplin movies. The number of unmined gold reserves has dramatically shrunk. Instead, the 21st century gold rush is in the city. In advanced countries, the trend has shifted to urban mining, finding useful minerals within industrial waste such as discarded electronic devices.
One cellular phone has an average of 6.8 milligrams of gold. That means 1,000 cellular phones contain around 6.8 grams of gold. Lighter and smaller is the gold standard of high-tech electronic devices. Most cell phones use gold in their circuit boards, as it is high in connectivity. The amount used is not negligible. While only 5 grams of gold can usually be extracted from 1 ton of ore, 1 ton of mobile phones yields 150 grams of gold, 30 times the amount from ore. Moreover, from 1 ton of cellular phones, 100 kilograms of copper and 3 kilograms of silver can be extracted, along with other precious metals such as iridium.
According to one research center in Japan, the total amount of gold within electronic waste in Japan is 6,800 tons. That is 16 percent of the world’s total gold reserves and more than the 14 percent of the gold reserves in South Africa, the country with the largest such reserves. It is worth 22 trillion yen ($209.35 billion). Eco System, a small Japanese company, produces 200 to 300 kilograms of 99.99 percent-gold bars a year from electronic waste. That is nearly the same amount as the output of a gold mine, and is worth 6 to 9 billion won.
Currently, the world is in a resource war, with mineral prices rising daily. We should now turn our eyes to urban mining. Korea’s diffusion rate of cellular phones is very high, and we are a nation where many people change their cellular phones yearly to follow trends. If there were a sincere campaign to collect cell phones sitting in people’s drawers like we collected gold during the 1997 economic crisis, we would be able to collect a great amount of resources. Whoever said that Korea lacks resources?