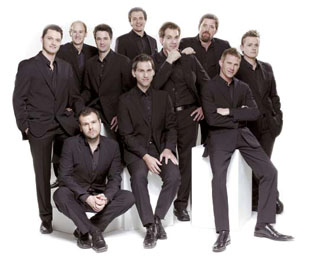 Stadium rock sung by classically trained opera singers.
That’s what the Australian classical pop ensemble The Ten Tenors will be bringing to audiences on May 24 when they start their Korean tour in Seoul.
The group will perform songs from their most recent album, “Here’s to the Heroes” (2006). Songs included are English rock act Queen’s “Who Wants to Live Forever?” and “Bohemian Rhapsody.”
That there are no baritones or basses in the ensemble could be seen as limiting, but Choi Yoo-mi from BravoComm, the local production company organizing the show, ensures it’s not.
“The 10 clear voices come together as if they are one, giving color to the group,” Choi said.
The 10 singers current in the group are Steven Sowden, Shannon Brown, Drew Graham, Craig Hendry, Graham Foote, Liam McLachlan, Dion Molinas, Stewart Morris, Jason Short and Dominic Smith.
They’re all trained in opera but their musical tastes range from pop, rock to even punk.
The original troupe started in 1995 when the singers were classical music students at the Queensland Conservatorium of Music, Australia. 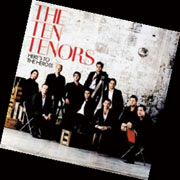 In school they performed at amateur recitals and concerts, but they felt that something was missing, Choi said.
The music they were singing every day at school and at concerts was too serious at times, Choi explained.
Instead, they had more fun in the dressing room where they revealed hidden talents and a range of musical interests typical of their ages, genres that were less conventional than the classical music they studied together.
They got their big break when they were invited to perform on television in Australia.
Instead of performing the arias they were practicing in music school, they chose a mischievous and unconventional program.
They mixed opera with rock and gave birth to a new take on contemporary fusion music.
In Seoul, The Ten Tenors will perform with piano, drums and double bass.