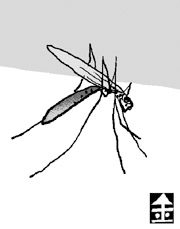 The Tang Dynasty is regarded by historians as a high point in Chinese civilization as well as a golden age of cosmopolitan culture. Chinese trade flourished and further matured during the Tang era, through extensive land trade along the Silk Road and maritime trade. However, the Tang Dynasty lasted only 300 years and perished in 907, due to repeated peasant uprisings.
A major culprit behind the peasant uprisings were bad harvests caused by long-lasting droughts. Research conducted by German geologists last year showed that as summer monsoons substantially weakened and average annual rainfall decreased in Tang China, it was beset by chronic bad harvests for extended periods of time. The researchers reached this conclusion from an in-depth study of geologic deposits under a lake in present-day Guangdong Province. The researchers added that the Mayan civilization, one of the best-known civilizations that had flourished in Central America, collapsed because of searing droughts in hundred-year periods.
Climate change is also a cause of war. Hong Kong University researchers have discovered that there is a correlation between climate change and war, based on their research on 4,500 wars that have occurred from 1400 to 1900. Wars occurred frequently during periods when average temperatures remained comparatively low. In contrast, societies enjoyed a peaceful and relaxing atmosphere during warmer seasons. In particular, during the 17th century, when the overall average temperature was falling worldwide, large-scale wars broke out very often in Europe and Asia.
In the past, low temperatures posed a serious threat to the environment humans lived in. However, a sharp increase in temperatures had coincided with severe conflicts in recent years. Ban Ki-moon, the eighth secretary general of the United Nations, emphasized several times that massacres in Darfur, Sudan, are directly linked to long-lasting effects of global warming, such as water shortages. Since 2003, at least 200,000 people are believed to have died from the violence, and more than 2.2 million refugees were displaced by armed conflict in the region.
Climate change is also a cause of the spread of diseases. In observing World Health Day on April 7, the World Health Organization warned that climate change serves as a trigger to expand the range and reach of infectious diseases. Unless we take countermeasures against climate change, we will be unable to protect our lives and national prosperity. Climate change has taught us many lessons throughout history, leaving devastation at all times and places.