[Talk of the town]Pop star Se7en creates a stir with his U.S. debut at LA s Highlands club

[Talk of the town]Pop star Se7en creates a stir with his U.S. debut at LA s Highlands club 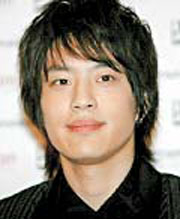 Korean pop singer Se7en (pronounced Seven) is making an ambitious beginning to his career in the United States. He held his first preview concert at The Highlands, a popular club in Los Angeles. Many renowned record executives and American fans crowded the venue, according to Yang Hyun-suk, a former member of the legendary group Seo Taiji and Boys and founder of YG Entertainment.

Se7en staged hit songs, Girls, You Got Me Now and Money Can t Buy Me Love.

To prepare for his debut in Los Angeles, Se7en has been attending three to four hours of English classes every day, according to Yang.

We [YG] are currently in discussions with three record companies that would produce his songs, wrote Yang, on the YG Entertainment Web site on Monday. Se7en also received calls to appear on various American television programs.