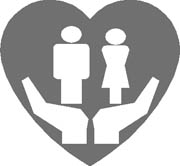 When Koreans go abroad to Europe or Japan, they are stunned by the expensive transport fees there. Taxis are extremely expensive. According to a study that compared transport costs among member countries of the Organization for Economic Cooperation and Development conducted by the Korea Transport Institute, Korea’s public transportation fees are fifth cheapest. Taxis in Korea are eighth cheapest, buses sixth cheapest and the subway eighth cheapest.

The study pointed out that such low costs for transport or personal vehicles added to Korea’s competitiveness in transport. It concluded that the government-backed measure to increase public transport fees was contrary to strengthening competitiveness.

One of the ineffective transportation policies was introducing luxury taxis. The policy originally aimed at encouraging people to take buses and subways by increasing taxi fares. It was regarded as a good idea, but it failed. Recently, different types of taxis, such as card or brand taxis, have emerged, but they are not luxurious. Similar measures have also proved ineffective.

This is because subways and buses here are not as convenient as they are in advanced countries. Also, use of taxis or private cars reflects Koreans’ priority on getting things done quickly. Despite expensive parking fees, people prefer to drive their own cars or to take taxis except during rush hour. That is the everyday sentiment of Koreans.

Some also believe that you are what you drive. If transport measures are drawn up without considering these sentiments, they are just impractical theories. Another example is Seoul’s plan to impose traffic congestion fees on cars that enter large buildings such as department stores. But the city government decided to postpone implementation of the fees because of public controversy. It was also a measure that ignored widespread public sentiment.

Shortly after the last presidential election, Professor Cho Ho-yun at SungKongHoe University wrote an address to progressive forces. The new administration would likely be conservative and appeal to the people’s desires and preferences, not one that would wield a physical dictatorship, he wrote. He advised that progressive forces try to win ordinary citizens’ support, instead of trying to earn a political victory.

After three months in office, the new administration confessed that it failed to communicate with the people. Because of this failure, the administration has likely lost the people’s support. The crisis over mad cow disease is a result of overlooking the people’s sensitive feelings about food.