Gamers prepare for showdown in Seoul

Gamers prepare for showdown in Seoul 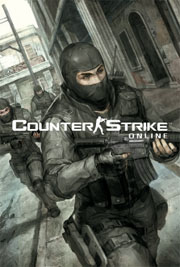 Counter-Strike, one of the games the pros will compete in.

There will be only one champion during a four-day showdown of video game players that begins July 24.

The event, e-stars Seoul 2008, will be held at the Seoul Trade Exhibition and Convention Center.

Some 36 top-ranked players from around the world are expected to participate to the delight of game enthusiasts throughout the city.

One of the biggest events is the Counter-Strike competition in which the competitors are divided into two major teams: East against West.

The West team participants will include Fnatic, a Swedish team that currently holds the world’s top rank, including the $155,000 that the team won from a Counter-Strike competition last year.

Another leading Western team is mYm from Poland that won $125,000 in the same competition.

Another main event is a competition among Asian gamers from China, Japan and Thailand battling with Korean gamers.

The purpose of this event is to promote and globalize Korean games.

The gamers will be competing in CJ Internet’s first-person shooting game, Sudden Attack, and an online basketball game by JC Entertainment, Free Style.

Starting this month the representatives from each country will be chosen from a preliminary rounds.

In choosing the Korean representative team for Sudden Attack, 4,900 players from 700 teams signed up.

“On the last day of sign-up, which was April 30, the parents of one of the players called the company because our Web site was jammed due to too much traffic,” said Chung Chan-seon, marketing team of CJ Internet.

The event is not limited to professional gamers but is open to anyone interested in games.

At e-party, visitors will be able to play Kart Rider, a famous Nexon game, which has 17 million subscribers in Korea alone.

Additionally Webzen will be promoting its first-person shooting game called Huxley on a multiplatform that allows players to enjoy the game both online and on Xbox 360.