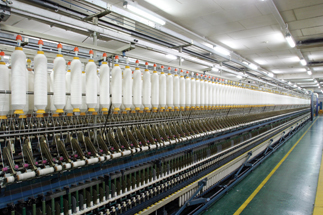 Left: A factory in Gwangju by Lee Jeong-rok. Provided by the organizer

“Factory” at Ilmin Museum explores the aesthetics of architecture and space in Korea during the modern development of the ’60s and ’70s. It evokes a sense of nostalgia, inspiring memories of the images that dominated Korean TV and government posters during that time ? the large industrial complexes, tall chimneys spewing clouds of smoke and men in uniforms.
The exhibition is the third in a series on Korea’s economic history.
The show began with “Images Live,” which looked at a wide range of art forms from animation to explorations of public urban space.
That was followed by “Saemaul,” an exhibition on the modern Korean identity as it relates to architecture and the city. The Saemaul Movement was a campaign undertaken by the late President Park Chung Hee during the 1970s to change the Korean mentality from rural to urban.
Factory delves into the works of five Korean photographers who documented the industrial remnants of the nation.
Kang Sang-hun does so by capturing scenes of meat hung from the ceilings at slaughterhouses across the nation. 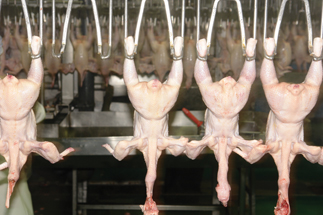 A chicken slaughterhouse by Kang Sang-hun. Provided by the organizer

In another series, the artist takes distant shots of intricate machines. In one picture of an oil factory in Ulsan, Kang shoots a night view of circular tanks surrounded in neon green light, creating a surreal ambience that almost looks like a UFO landing on Earth.
Some of the most startling photographs of the show come from Ku Seong-su, who aestheticizes scenes around industrial complexes in sharp geometrical symmetry. He uses simple lines of orange cranes or white cement pillars of factories.
“There are certain scenes of Korea’s modern development during the ’60s and ’70s that are embedded deep in our sense of nostalgia,” says Kim Hee-ryeong, a curator at Ilmin Museum.
“We have the same nostalgia about their images as we do for mills that made sesame oil in small neighborhoods or chickens running around in markets. To look at our industrial development is to rediscover our transition.”
On the whole, Factory forces us to remind ourselves of sentiments lost. The show touches on the social mentality of the time ? a sense of the innocence of a people reaching for common goals of prosperity and happiness.

*“Factory” runs at Ilmin Museum through Aug. 17. For more information call (02) 2020-2055. To get to the museum, take exit 5 of Gwanghwamun Station, Line No. 5. It’s located next to the Dong-A Ilbo headquarters. The museum is closed Mondays.