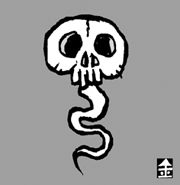 On April 19, 1982, U.S. TV network NBC aired a one-hour program called “DPT: Vaccine Roulette.” It was a story about how the whooping cough vaccine could cause death by critically damaging the nerves. It was a story about a child with serious disabilities and his worried parents. The story was later featured on NBC’s Today Show and in newspapers for several weeks. This led to mass phone calls to pediatricians nationwide, all because parents wanted to know whether their children would soon die.

In response, the U.S. Food and Drug Administration distributed a detailed 45-page document assuring ? that rarely does vaccination lead to death or complications. However, most news organizations ran condensed stories. In weeks, victims organized to systematically fundraise and publicize their anger. By 1984, unable to bear the demonstrations, testimonies of victims at public hearings and multiple litigations, two of the three DPT vaccine producers closed down. Years later, research on 1 million children showed that the threats had been hugely exaggerated.

This is similar to the crisis over U.S. beef imports in Korea.

First, there was the initial broadcast that fueled the crisis. It was MBC’s “PD Notebook,” on April 29 titled “Breaking news! Is U.S. beef safe from mad cow disease?” The government and experts tried to clarify, but most media organizations ran condensed stories and the threat was exaggerated. People wrapped in fear that they could eat infected beef led demonstrations for days.

The damage? In the U.S., parents feared having their children vaccinated, leading to an increase in the number of children with whooping cough.

South Korea is in a situation where it needs to renegotiate the terms of U.S. beef imports. The country’s reputation has plummeted and it may affect the ratification of the Korea-U.S. free trade agreement in the U.S. Congress.

Be it vaccines or mad cow disease, why are people so afraid even if the real threats are minimal?

The American sociologist Barry Glassner, who wrote “The Culture of Fear” points to the “merchants of fear.”

Media organizations promote fear to increase sales of their newspapers and TV shows’ ratings, politicians create a sense of fear to win votes and shift people’s attention from really important issues and all kinds of groups use fear for their own marketing. All are responsible.

It makes us think of an 18th-century English poet’s words: “Politics that start from fear are likely to end badly.”