Secret Garden to blossom in five cities on Korean tour

Secret Garden to blossom in five cities on Korean tour 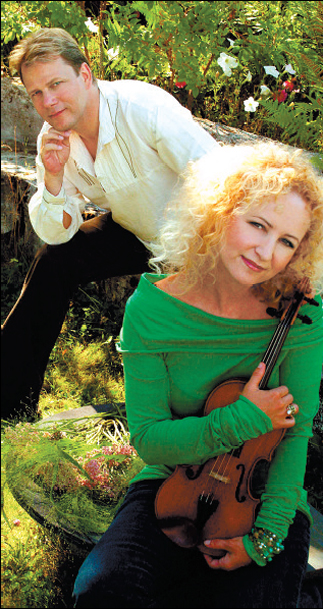 Rolf Løvland, left, and Fionnuala Sherry of Secret Garden. Provided by the organizer

“Secret Garden” is one of Korea’s favorite neo-classical music duos.

Even those unfamiliar with them will recognize songs like “You Raise Me Up,” “Last Present” and “Nocturne.” The duo’s music has been featured in Korean TV commercials, film soundtracks and soap operas.

This month Korean fans have a chance to hear the beautiful harmonies the Norwegian-Irish duo has wowed the world with since their debut.

Starting today in Ulsan they will embark on a five-city tour in Korea. Their Seoul concert will be held at the Sejong Center for Performing Arts in downtown Seoul this Saturday.

It was a huge success, selling a million copies worldwide. One of the compositions, Nocturne, won the famed Eurovision Song contest.

The duo’s most famous song, You Raise Me Up, performed by Brian Kennedy, has been recorded by more than 100 artists.

For their latest Korea concerts, Secret Garden has rearranged their music to better suit the vocals.

Since their first performance in Korea in 1996, the duo has been keen on reaching out to their Korean followers.

Last month they released a special album for Korean fans dubbed “The Ultimate Secret Garden, Deluxe Version.” The two-CD set contains 31 of their hit songs, three of which are sung by Korean soprano Shin Young-ok. The pair performed with Shin in 2004 in Seoul. The set features a DVD of live recordings and a short biographical film.

In today’s over-hyped pop music landscape, the Secret Garden concerts offer surreal shelter with their poetic and peaceful tunes that carry listeners away to their own secret gardens.