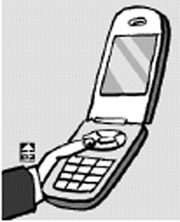 Civic journalism, which first surfaced in the United States in the late 1980s, professed to be journalism that penetrates into the life of civilians. Civilians were no longer mere passive consumers of journalism, but active producers of news, making them active actors in communities. The media were also no longer just news conveyors; their roles as contributors to the democratic management of a society’s public domain and their social responsibility expanded.
Journalism professor Jay Rosen said of public journalism, “Journalists should not view citizens as spectators of news, but as potential participants in public and social problems; not only as people who know the problems but as political agents seeking solutions to the problems.”

For example, during elections, journalists who choose public journalism go to the voters, listen to their opinions and report based mainly on the issues put forth by citizens instead of those spewed by politicians. In the United States in the decade leading up to the year 2000, 550 public journalism projects were carried out at 275 media organizations in 213 cities.
If public journalism started as journalism that seeks civilian participation, the Internet, which epitomizes technological development, made it possible for citizens to become active journalistic agents. This gave birth to “one-person journalism,” “civilian journalism” or “street journalism.”

In 1999, during demonstrations opposing the World Trade Organization in Seattle, demonstrators used cell phones to make their demands known to the world through about 60 Internet newspapers overseen by Indymedia. This gained people’s attention. A photo taken by an eyewitness during the London subway terror attack in 2005, made it into world news, a prime example of street journalism. In Tibet and Myanmar, where there are journalism restrictions, it was again the videos and UCC taken by civilians that conveyed live images of demonstrations. South Korea, which is a powerful IT country, has long been a hub of civilian journalism.
Recently, the conflict between civilians and police over the U.S. beef import crisis has also become a platform for street journalism. Civilians who had access to wireless Internet have transformed themselves into producers and distributors of news.
Of course, there are limitations to street journalism, because it lacks objectivity, is amateurish and may be too emotional. However, our society is now again clearly writing a page in the media textbook. The conflict over candlelight vigils is affirming that power comes from the media, and that the media is power.