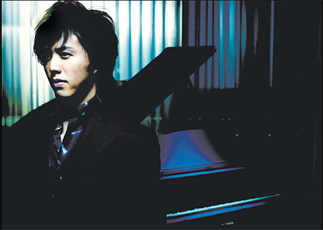 The pianist Yundi Li will perform with the Rotterdam Philharmonic Orchestra on June 25. Provided by CMI

The Rotterdam orchestra is one of the most acclaimed in Europe. It is performing here for the first time since 1987.

An Israeli daily famously dubbed Li the “Elvis Presley of classical music” as
he began his rise to piano superstardom.

At 18, he was the youngest pianist ever to win the International Frederick Chopin Piano Competition.

Critics around the world raved about his recordings of Chopin and Listz on his
fifth album, which was released last year.

Nézet-Séguin, 32, was appointed as the orchestra’s music director this year.

He follows in the footsteps of highprofile conductors such as Johan Wagenaar,
Willem Pijper and Alphons Diepenbrock.

Nézet-Séguin has also been a guest conductor at the London Philharmonic Orchestra and artistic director of the Grand Montreal Metropolitan Orchestra.

The program for the Seoul concert starts with an orchestral work by Ravel called “La Valse,” followed by Prokofiev’s Piano Concerto No. 2 in G minor Op.16
and Shostakovich’s Symphony No.5 in D minor.
Li’s performance of the Prokoviev piece could well be the highlight of the night.

A bold orchestral score, the work has been described by Li as one of the most difficult in piano history, but a work that’s worth the challenge.

All the ingredients suggest this should be a formidable concert.

Students carrying the appropriate ID card get a 50 percent discount an hour before the concert on a first come first served basis for seats in sections B and C.
For more information call (02) 518-7343.