[Talk of the town]Life history of satirical artist goes into production, and more

[Talk of the town]Life history of satirical artist goes into production, and more 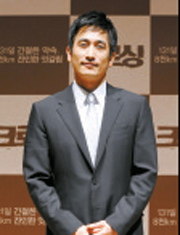 “Portrait of a Beauty,” an upcoming romantic film about gifted artists during the Joseon Dynasty (1392-1910) started its 10-day shoot in Andong, North Gyeongsang, a city is known for its historic scenery.

The movie is based on the true-life story of the artist Shin Yun-bok, whose paintings satirized yangban, or noblemen, during the latter half of the 18th century. 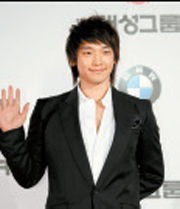 Actor Cha In-pyo and some 40 popular singers including In Soon-e and Park Sang-min will record a joint album, “Cry with Us,” to help raise money for North Korean children.

The shortage of food in North Korea is an on-going global issue and all proceeds from album sales will go to help relieve the crisis, according to Korea Entertainment Producer’s Association on Monday.

Meanwhile, Cha has been cast in Kim Tae-gyun’s “Crossing,” a film about North Korean defectors. It opens next Thursday.

Local Internet portal site My Daily reported Monday that the Ministry of Culture, Sports and Tourism is promoting plans to offer hallyu stars like Rain alternatives to military service.

The site claimed that Culture Minister Yoo In-chon and some 18th National Assembly lawmakers are hoping to amend the laws.

The Ministry denies the report.

“It is true we submitted a form asking to reduce the military service period for hallyu stars, but nothing has been decided yet,” said Hwang Sung-woon of the Ministry.

J-Tune Entertainment, Rain’s agency, is also in the dark. “It isn’t an issue that we are involved in,” said Cho Dong-won, head of the agency.

The lineup for the come-back concert of legendary performer Seo Tae-ji has been decided.