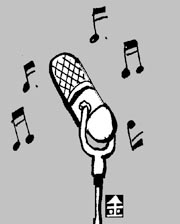 Pop group Wonder Girls’ “So Hot” is sweeping the charts recently. It was the second home run following last year’s “Tell Me.” The simple and repetitive melody is strangely addictive. The five women, who have already won over married men as fans, show their sexy side by wearing leopard print clothes.

However, the popularity of “So Hot” lies in the lyrics. It is about a woman who lives a life of self adulation and narcissism and claims to have “21st Century Princess Syndrome,” meaning she feels a strong sense of entitlement. In other words, it is a song of self-praise. “I’m so pretty, I’m so charming, I’m so great,” the refrain says.

It is not only appealing because it is the Wonder Girls, with their imperfect but appealing look, but also because it is a song about a narcissistic woman. People are crazy about “So Hot” because they happily accept the sentiment of self-praise. Group members said, “It is the psychology of a teenage girl who looks in the mirror and believes everyone thinks she is pretty, even though she cannot possibly say it.” “We have exaggerated her confidence in her looks, but the message is that we should be confident and love ourselves more.”

The original song of self praise is No Brain’s “You Are Crazy About Me” (2003). Rather than using the common pop theme, “I am crazy about you,” it took the opposite tack. Along with the lyrics, the song’s cheerful melody led to its popularity. Perhaps because it is a good stress reliever, it became the most loved song in karaoke bars and dinner parties.

It became the background music for certain players at professional baseball games and a campaign song during the presidential election.

Such songs show that narcissism, self-adulation and self-affirmation are the spirit of the younger generation. It is a self-centered attitude that is confident that one’s opinions and judgment are the best. Such a generation is especially sensitive to their interests being violated. They think that whatever violates their rights amounts to violence, suppression and even dictatorship whether guns and knives are involved or not. This generation is sensitive to its health interests and shouts “down with the dictatorship,” a state of governance they have never experienced. We have recently seen they don’t acknowledge the authority of adults if they disagree with something.

“You are crazy about me” was Lee Myung-bak’s campaign song during the presidential election. Less than half a year later, the song echoed during candlelight vigils. The president’s election song has become his impeachment song. How quickly fate can change.