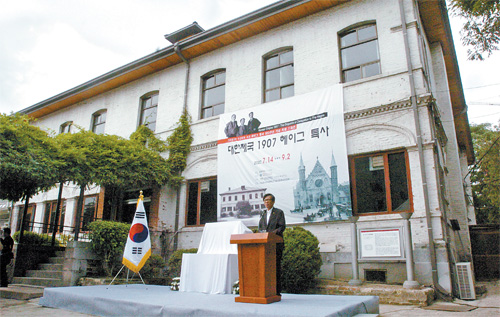 Deoksu Jungmyeongjeon was part of Deoksu Palace, where Korea was forced to sign a treaty with Japan giving up its diplomatic rights. The building was one of the few European-style structures within the palace. [JoongAng Ilbo]


Sometimes embarrassing historical moments get pushed into obscurity as a nation tries to forget its dark past. A perfect case is Deoksu Jungmyeongjeon, a European-style building that was once part of Deoksu Palace. The building served as a venue for King Gojong of the late Joseon Dynasty to receive foreign diplomats and hold occasional banquets. It was also the royal house’s library.

It is located next to Habib House, the residence of the United States Ambassador, in downtown Seoul. A small ally beside the Chongdong Theater leads to this building. It’s somewhat obscured by its surroundings. One might take the building for a restaurant. It has no particular features to make it a stand out as a landmark. In fact, Jungmyeongjeon is a building that may only catch the eye of a trained architect, someone who could recognize features of the early modern architectural style of the two story building that also has a basement.

Nevertheless, this very building was a silent witness when Korea gave up its foreign policy rights, handing them over to Japan by signing the Japan-Korea Protectorate Treaty of 1905, also known as the Eulsa Treaty. It was a pivotal step, paving the way for Korea’s eventual full submission to Japan as a colony five years later. 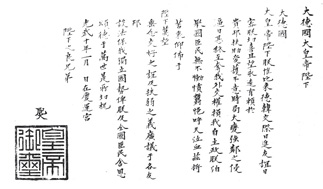 A secret letter from King Gojong written to Germany’s Emperor tells how Korea was forced to give up its diplomatic rights.

Inside Jungmyeongjeon, headed by then foreign minister Park Jae-sin, the Korean delegation signed the treaty in November of 1905. The signing of the treaty was strongly opposed by other senior government officials such as Min Young-hwan, who later committed suicide in protest of the treaty. Prior to forcing the treaty on Korea, Japan had just won its war against Russia, cementing its hold on the Korean Peninsula and driving out Russian influence. King Gojong had at times played off Russia against Japan as he tried to navigate his weak state between the territorial appetites of neighboring powers. In 1904 when a great fire burned part of Deoksu Palace, King Gojong moved to Jungmyeongjeon and lived there about a year until the palace was restored. The building’s architect was Afanasij Ivanovich Seredin Sabatin, who also built the old Russian legation in Seoul. Construction on the building started in 1897 and lasted about four years.

The building caught fire in 1925, leaving only the outer walls intact. It was later rebuilt. After the end of Korea’s colonial days, the building was returned to Lee Eun and Lee Bang-ja, both members of the royal house that no longer existed by then. Then it was sold to the Seoul Union that used it until 1960. The building was sold to a private company in the 1970s and since then has changed hands several times.

Despite its place in modern Korean history, the Seoul city government saw little need to buy back the building until the Culture Ministry did.

The official explained that over the years, while serving as an office building, the interior was altered. Old blueprints were used to restore the inside of the building. “If the building becomes a museum, whatever goes inside it will probably reflect the building’s importance in modern history,” said Choi. 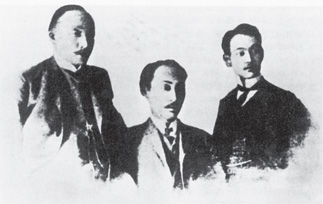 Lee Jun, Lee Sang-yeol and Lee Wi-jong, who were sent on a secret mission to the Hague to plead the country’s cause at an international conference.

The building that was the scene of one of the most pivotal moments in Korea’s modern history was not always highly regarded. Even after being designated as a cultural site in 1983, the building was still used as office space and a parking lot.

Before last year it was owned by Chongdong Theater, which donated the building to the Cultural Heritage Administration. The construction process is expected to last till next year and 2.3 billion won ($2.2 million) has been set aside for the job. 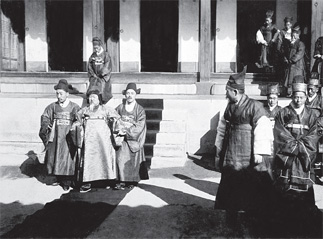 The humiliating treaty itself was not signed by King Gojong, as requested by Korean law. But five senior officials signed the treaty. Once the deal became known to the public, anti-Japanese protests and secret gatherings took place nationwide.

Experts say the seeds of resistance to Japanese rule were sown then. The signing of the treaty became a catalyst for various anti-Japanese protests and underground independence movements. In 1907 the King sent a secret mission to an international peace conference held in The Hague, the Netherlands, to tell other nations that the treaty with Japan was signed under duress without the consent of the King and the nation as a whole. A member of that secret delegation, Lee Jun, committed suicide over the failure of the mission. Before the delegation left for The Hague, King Gojong handed a secret letter to the delegation at Jungmyeongjeon. The incident also led to the forceful abdication of King Gojong.

Japan forced King Gojong to give way to his second son Sunjong Korea’s last king who only stayed in power for three years before announcing in August of 1910 that the country had conceded all of its ruling powers to Japan.

Jungmyeongjeon was part of the Deoksu Palace complex that at times encompassed the whole Jeong-dong area, but as the palace became fragmented during Japan’s reign, there is little left now that hints at the building’s royal origins. Perhaps next year, when restoration is complete, citizens will get a better sense of a place that holds a significant place in Korean history.