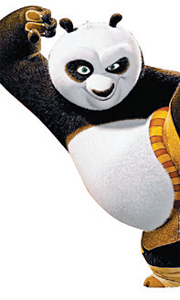 According to the Korean Film Council, the film attracted some 3.31 million Korean viewers as of last weekend, since its release on June 5. 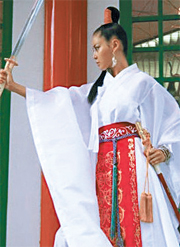 Meanwhile, for those moviegoers hoping to see more Korean films on the big screen among Hollywood blockbusters like “Incredible Hulk” and “Sex and the City,” wait till next month.

These films are on standby director Kim Jee-woon’s “The Good, the Bad and the Weird,” Lee Joon-ik’s “You Are Far Away” and Gwak Kyung-taek’s “Eye for an Eye, Tooth for a Tooth.”

Korean netizens are upset with Miss Korea, Lee Ji-sun, who is competing in the 57th Annual Miss Universe held in Natrang, Vietnam July 14.

A picture of Lee wearing her national costume for the competition spread online through her stylist Ines Ligron’s personal blog got on netizens’ nerves.

Lee had her hair tied up and wore a white kimono-like gown with a fancy embroidered red sash.

Netizens thought the costume was reminiscent of a samurai, a Japanese warrior.

The stylist posted a letter of explanation on her blog. She wrote, “I wanted to adapt the traditional form of hanbok, Korean traditional costume.”

She wrote that the costume is of a late Joseon Dynasty female shaman.

Actress Cha Soo-yeon was selected as the main actress in a Korea-Japan joint production, “Boat,” directed by Kim Young-nam.

It is the story of two smugglers, one Korean (Ha) and one Japanese (Tsumabuki), trying to kidnap a Korean girl (Cha) from either side of the East Sea.