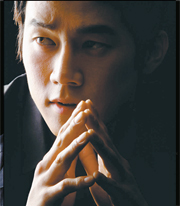 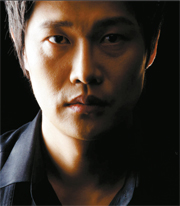 Summer in Korea is more than just about splashing water and standing in front of the air conditioner.

This is a season famous for chasing off the heat with horror and suspense. The theory is that if you watch something scary, your temperature drops.

The musical “Thrill Me” insists that it can cool off audiences during the next few sultry weeks.

The story is based on a true murder case that happened in Chicago in 1924.

The musical is about love, murder and betrayal.

The plot starts off with Nathan “Babe” Leopold facing the parole board at a prison in Illinois in 1958. He tells the story of a crime that he committed with a friend, Richard Loeb. The hands of time travel back to 1924 when Nathan and Richard are both 19-year-old law students with mischief on their minds.

Richard is extraordinarily wealthy. He’s not only a good-looking guy, he’s also smart.

But being brilliant means he gets bored if he’s not stimulated enough, and he hungers for more intriguing activities.

Nathan wants to stop the petty crimes that the two commit, but Richard wants to continue.

So he gets Nathan to sign a contract that says he will satisfy Nathan’s sexual needs only if he continues their crime spree.

The two reach a point where they murder a 12-year-old boy and write a bogus ransom note.

However, they make a mistake and leave Nathan’s glasses near where corpse is found.

It turns out that Nathan deliberately plants the glasses so he and Richard would both get arrested and be together forever.

Unlike most musicals that feature large casts and major set pieces and dance numbers, this musical has only two actors on stage performing throughout the entire show.