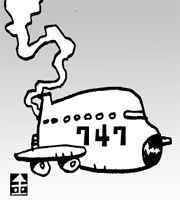 In 1997, U.S. News and World Report asked people who they thought would go to heaven.

Some 52 percent answered that then-President Bill Clinton would go through the pearly gates; 60 percent thought Princess Diana and Mother Teresa was a given.

Surprisingly, the saintly nun was second on the list with 79 percent of the vote, beaten by someone 87 percent of respondents believed would go to heaven: the respondents themselves.

According to a survey conducted on 1 million senior students in high schools in the United States, 70 percent of respondents thought their leadership was better than average. Only two percent thought their leadership was worse than average. The case is the same with college professors. Ninety-four percent thought they taught better than other professors, according to the book titled “Don’t Believe Everything You Think.”

How about President Lee Myung-bak and his aides? They must have thought that they were closer to God and more deserving to run the nation than others. The president was confident after his overwhelming victory in the presidential election, which probably explains why he didn’t hesitate when handling personnel affairs for government posts despite strong criticism.

However, overconfidence is likely to lead to misjudgment. This applies to government projects as well. The Australian government planned to build the Sydney Opera House in 1957. According to the original plan, the project would cost $7 million and be completed in 1963. In fact, it cost $120 million to build the Opera House which opened in 1973.

The city of Boston, Mass., launched an ambitious megaproject, known as the Big Dig, comprising a tunnel under the city. The city planned to spend $2.6 trillion and to complete construction by 1998. But the construction was completed in 2005 and cost $14 trillion.

The so-called MB-nomics has a “747 plan,” which aims to achieve 7 percent annual growth, $40,000 national per capita income within 10 years and to become one of the world’s seven strongest countries. So what will happen to this ambitious pledge?

It would be good even if these goals were met by the next president. President Lee and his aides should think seriously about what should be done to achieve the goals.

They must bear in mind, though, that they can’t expect any cooperation from the opposition party, which still refuses to go to the National Assembly, or protesters who have occupied central Seoul for some 50 days.