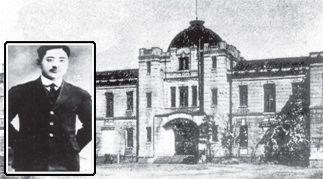 Violence is often the last resort of people who have lost their freedom to colonial rulers.

Some of these attacks became turning points in the fight for independence. One such incident was in April 1932 when Yoon Bong-gil killed Yoshinori Shirakawa, a general of the Japanese Imperial Army, and Kawabata Sadaji, the Government Chancellor of Japanese residents in Shanghai. Yoon threw a bomb at Japanese officials celebrating the birthday of the Japanese Emperor Hirohito, instantly killing the two men.

Some attacks were less successful but they let the Japanese know that Koreans of all ages were fighting for independence.

Lee Dong-eon, a researcher at the Independence Hall of Korea in South Chungcheong, said attacks on Japanese institutions and high level officials started to increase after the March 1st Movement in 1919.

“Before 1919, it was difficult to fight back because of tight surveillance,” Lee said. “But the interim Korean government was established sometime around the March 1st Movement. It was through this organized body that Korea’s independence fight against Japan started to take shape.” 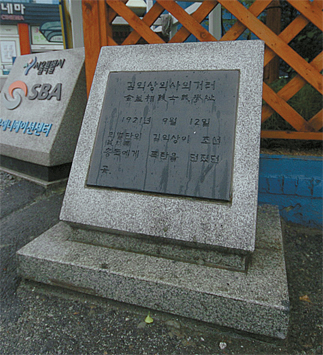 A stone monument commemorating the attack carried out by Kim Ik-sang. By Lee Ho-jeong

Although many attacks failed to kill senior Japanese officials or destroy significant institutions, they helped to inspire resistance among the Korean people.

The attack on the Jongno Police Station on Jan. 12, 1923 had such an impact. The bomb went off at 8.10 p.m. Although it didn’t have a huge physical impact, it was significant because it was a direct attack on a facility where many independence fighters were detained and tortured.

“The Jongno Police Station was more feared than the Joseon governor-general’s office, which was the headquarters in colonized Korea, as it was the police that interrogated and tortured independence fighters,” said Kim Se-won, an official at the Kim Sang-ok commemoration association. 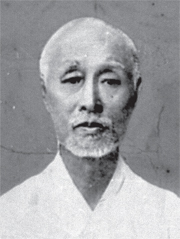 “Although the Japanese authorities knew there could be an attack on Japanese high officials, they did not expect an attack would be made directly against the most feared institution in Korea,” Kim Se-won added. “It was a major blow to the Japanese.”

Six Koreans were among the casualties but Japan did not disclose how many Japanese policemen were killed or injured.

According to Kim, later records showed that about 10 more people were injured in the bombing, including Japanese police and several journalists.

The purpose of the attack was to give notice to the Japanese of Koreans’ will to fight for independence. 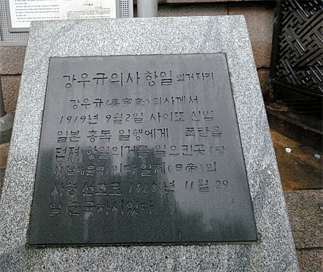 The person who threw the bomb was Kim Sang-ok, 34, a member of a secret anti-Japanese independence group established in 1919 in Manchuria.

Kim entered Korea from Shanghai in December of 1922 to assassinate the Japanese Governor-General of Korea, Saito Makoto, and to bomb the governor-general’s office.

After the attack on the police station, Kim hid at his brother-in-law’s house in Huam-dong, Yongsan District, Seoul. He was planning his next move against the governor. Five days after the attack, Kim’s hideout was detected by the Japanese police. Fifteen detectives surrounded the building. However, after gunning down three police officers, Kim Sang-ok fled to Mount Namsan. 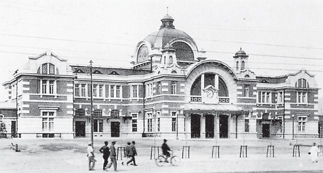 His escape didn’t last too long. On Jan. 22, 1923, Kim Sang-ok was once again surrounded by police who received a tip-off.

After a three-hour chase and a standoff with some 1,000 Japanese police officers surrounding the young Korean, Kim shot himself in the head with his last bullet.

The police station that was attacked is not where the present-day Jongno Police Station is located in Anguk-dong, central Seoul.

Back in 1923, the police station was at the Jangan Building, next to where the YMCA now stands in downtown Jongno.

A small rectangular stone tablet in front of the building, next to the entrance to a subway station is the only sign of what happened at the site 85 years ago. It is hardly visible and not many people notice it.

“Luckily, this year we are setting up another small monument to be established at Hyoje Elementary School which Kim Sang-ok attended in his youth,” said Kim Se-won, of the commemoration association.

Preceding Kim’s attack on the Jongno Police Station, there was an even earlier attack on Seoul Station, which was then known as Namdaemun Station, at 5 p.m. on Sept. 2, 1919.

The bomb wasn’t targeted at the train station but at the carriage carrying the newly appointed Japanese governor-general, Saito Makoto.

The attack failed in to accomplish its purpose. Instead some 30 people including police and journalists were injured.

The man behind the attack was Kang U-gyu, 65. He was arrested not far from where the incident took place.

When he was in his 30s, Kang studied Oriental medicine and after converting to Christianity taught theology. He left the country and went to Manchuria in 1910 after Korea officially became a colony of Japan.

It was the March 1st Movement in 1919 that brought him back. He was said to have been inspired by the story of young people crying out for the independence of his country.

Today at the old station building of Seoul Station, in the east wing hidden in the shadows and surrounded by homeless men, is a small stone marker very much like Kim Sang-ok’s.

Two years after Kang’s attempt, another attack on Saito Makoto was made. This time it was by a 27-year-old fighter, Kim Ik-sang.

No injuries or deaths were reported.

The young independence fighter fled to Beijing after the attack and made a second attack in Shanghai. In March 1922, Kim threw a bomb at Tanaka Giichi, a general in the Imperial Japanese Army. His attack failed and the Korean was arrested. He was sent to Nagasaki, Japan, and sentenced to death.

Later, Kim Ik-sang’s sentence was reduced and he was set free, but was later murdered by a Japanese detective who trailed Kim.

Kim Ik-sang, like Kim Sang-ok and Kang U-gyu, has a rectangular stone tablet commemorating his courage and sacrifice. This marker is located at the entrance to a parking lot at Seoul Animation Center on the slope of Mount Namsan.

“When I think of how these commemorative markers are disrespected, I can’t help thinking how our lives today would be very different if these men had not sacrificed their lives,” Kim Se-won said.