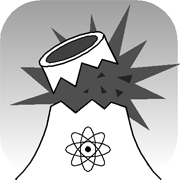 After the Korean War broke out, a team of scientists from Seoul boarded a train for Pyongyang in July 1950. Among them was the dean of Seoul National University’s College of Engineering, Lee Seung-ki. Lee was the chemist who invented the synthetic fiber vinylon in 1939.

The invention of vinylon, coming just three years after the invention of nylon, was hailed by Koreans as a “splendid achievement by our nation’s scientists,” but was subsequently ignored by the world, except North Korea.

Lee also participated in the first stage of nuclear development in North Korea. He was the first head of the Yongbyon nuclear complex, built in the 1960s.

Back then, North Korea constructed the nuclear reactor with the help of the Soviet Union. Based on this experience, the North started constructing a 5 megawatt reactor in 1979, which became operational in 1986. It is the reactor that twice caused nuclear crises and produced plutonium until recently.

The second-generation scientists were able to put North Korea’s nuclear development into full speed with what they learned from the more advanced Soviet Union. North Korea sent their scientific elite to a nuclear research center in Dubna, near Moscow, under a 1956 nuclear research agreement with the Soviets, before the construction of the Yongbyon complex. About 300 North Koreans learned nuclear technology from the Soviets until the early 1990s. The most famous is Suh Sang-guk, a professor of physics at Kim Il Sung University, who led the nuclear bomb test in October 2006. Kim Jong-il fully trusted Suh, and even sent him gifts for his 60th birthday in 1998.

Ri Yong-ho, the plant director, seen on television during the Yongbyon reactor tower blast last month, also studied in the Soviet Union. Sung Kim, the U.S. State Department’s envoy who witnessed the cooling tower blast, said Ri was visibly upset at the moment of the blast.

Ri who spent thirty years of his life at Yongbyon, told reporters, “All of the facilities here are like my children.” To him the cooling tower blast could have felt like losing his own child. It was a nuclear facility they had protected at all costs, despite international pressure and observation, so his emotional attachment must have run deep.

After the explosion, Ri said, “I hope the reactor tower blast will contribute to peace and stability.”

Like the deep sorrow that showed in his face, let’s hope his comment about peace and stability is sincere. Of course, that is up to North Korea.