Automakers try to make stars of their cars

Automakers try to make stars of their cars 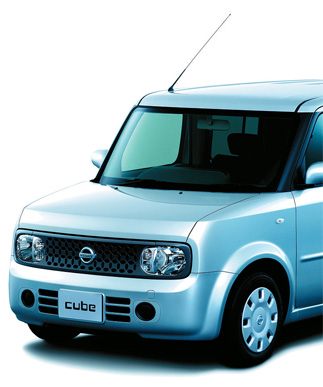 The Cube from Japan-based carmaker Nissan gained popularity here after appearing in the show “Coffee Prince,” even though the car isn’t officially on sale in Korea. Provided by Nissan Korea

Am I the only one who has asked the following questions while watching TV dramas? Why do all the main characters drive different models of BMW? Why do mothers and daughters drive Peugeots that are different only in color? How could the lead character, who’s supposed to be barely making ends meet, possibly afford a Volvo?

The secret behind the dominance of one brand of vehicle on any particular program is product placement, whereby marketers hook productions up with cars and sometimes cash to get exposure for their products.

“Cars are one of the few commercial products that can be naturally exposed in the everyday life of drama characters. Vehicles with impressive or unfamiliar designs instantly catch the eyes of viewers and can easily become objects of desire for some,” said Choi Min-soo, a spokesman with Renault Samsung Motor.

Product placement, however, does not necessarily spur sales, he said. “When we actually calculated sales data during the airing of the show, the logo exposure didn’t boost the number of cars sold.” 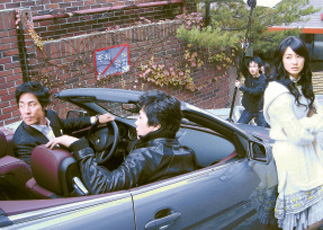 A scene from the KBS drama “Bad Love” featuring a BMW. Provided by BMW Korea

Even so, carmakers do expect the general level of recognition of their brand to increase from product placement, which is now applied in virtually every TV drama.

Korea’s auto industry insiders cite the Cube from Japanese carmaker Nissan as a good example. As the show “Coffee Prince” was a huge success last summer, the unique box-on-wheels driven by one of the main characters suddenly topped the list of most-wanted cars among twenty-somethings. Although Nissan Korea ? which only sells its premium Infinity brand here and is gearing up to release more of its cars in November ? has not even decided to put the Cube on sale here yet, trendy youngsters have been bringing the vehicle in through unofficial sales channels.

Sex symbol Lee Hyori has been seen driving her Cube with the driver’s seat on the right, as the car was directly imported from Japan, where they drive on the other side of the road.

Nissan spokeswoman Nam Hye-ji said, “Thanks to the Cube, Nissan’s brand recognition among Korean consumers has definitely shot up. As we are not officially importing the car, it is hard to trace exactly how many of that vehicle have been sold. But auto industry insiders say rising demand has already increased the Cube’s price tag here.”

Product placement in TV shows dates back to 1998 in Korea, when BMW Korea put lead actor Ahn Jae-wook in a Z3 roadster in MBC’s “Star in My Heart.” The trendy drama made Ahn one of the most popular celebrities of the time and the Z3 two-seater attracted a lot of younger TV watchers. Having such a rarely seen car appear in a TV drama was unprecedented at a time when import vehicles accounted for a mere 0.4 percent of the local auto market. This year, that number has risen to an estimated 6 percent.

Given that import vehicles are still relatively harder to spot on Korean roads than locally made cars such as Hyundais and Kias, overseas carmakers tend to take a more aggressive approach to having their vehicles appear in dramas.

In most cases one carmaker gets the rights to display its models in one show. “Import carmakers are reluctant to have vehicles from their rivals featured in the same drama,” said a spokeswoman with a Japanese carmaker.

In an exceptional case, the SBS drama “My Sweet Seoul” now stars vehicles from both GM Daewoo Auto and Technology and Volvo, she said.

But as the number of import brands increases, competition is heating up among carmakers to get their products placed in TV shows. At the same time, the amount of cash the car companies are willing to offer is also rising.

A spokeswoman with one of those brands who declined to be named said, “Without even considering the concept that vehicles from a certain carmaker can add to the characters and scenario of a show, production agencies tend to pick the brand that comes up with the highest amount.”

The price varies immensely, and importers that allocate a relatively larger budget for product placement will win out in a bidding race, she complained.