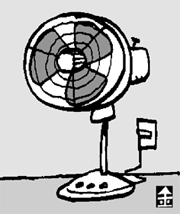 “A report on gang initiation: new gang members have been told to commit murder. At night, they ride through the streets with the car lights out and search for victims. If an oncoming car flicks its lights to inform the gangsters that their lights aren’t switched on, then the gang members follow the car and kill those inside. Two families have already died as a consequence. Never flick your car lights at another car.”
The above is a summary of a fax message from the Illinois State police that made Americans shiver in fear in 1993. Even though the Illinois State police said it was a false alarm, the fear did not subside easily. This rumor became popular again, slightly changed, as an e-mail in 2006. A Web site specializing in rumors, Snopes.com, studied it and defined it as an urban legend. “They are legends that people believe in, but which contain weird and surprisingly false facts.” In Korea, it would be something like a popular superstition.
There is a disgraceful phenomenon that has become internationally famous. The online dictionary Wikipedia defines “fan death” as a South Korean urban legend. The story goes like this: “The Korean government and media believe in fan death. However, no one in any other country has ever died from fan exposure. Causes of death are cited as a drop in body temperature and breathing difficulties. However, body temperature cannot drop below 27.7 degrees Celsius (82 degrees Fahrenheit) in mid-summer even with a fan. If we can die from moving air, why don’t motorbike riders die? The real causes of death are heart and cerebral blood vessel problems or alcoholism in people who happened to have their fans on.”
But that’s not all. An expatriate who lived in South Korea for a few years even put up a Web site, Fandeath.net, to criticize the Korean superstition that baffles the rest of the world.
There is another candidate that will soon become an urban legend. It is “fear of mad cow disease.”
Even though the government agreed to only import beef from cattle younger than 30 months from the United States and to forbid the import of skulls and spinal cords, from which dangerous parts can be removed, it still persists.
Even though the U.S. Center for Disease Control and Prevention has announced that the chances of acquiring mad cow disease by eating beef is one in 10 billion, the situation here is still the same.
Candlelight rallies that ask for renegotiation are still continuing today. If some day, it appears on Wikipedia as an urban legend, we wonder what the forces behind the rallies will say.