Berlin cellists welcome in a woman

Berlin cellists welcome in a woman 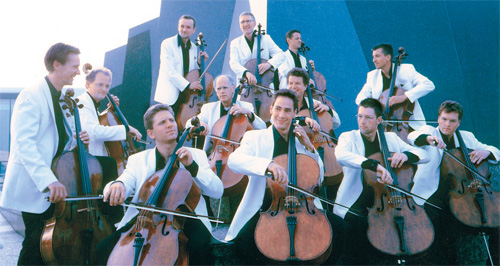 The 12 Cel lists of the Berlin Philharmonic, perform in Seoul this week with their first female member, Provided by the organizer

Before it was tamed by modern women, the cello used to be considered a “masculine” instrument because of its deep tones and the bold posture required to play it.

This may have been the underlying idea behind The 12 Cellists of the Berlin Philharmonic, the cello section of the world-renowned orchestra. Since 1972, when they first began playing together, the 12 Cellists had been an all-men ensemble.

That is, until last year. In a historic move, the group welcomed their first female member, Solene Kermarrec, an award-winning cellist from Brest, France.

The 12 Cellists have performed in Korea five times so far. Often called “an orchestra within an orchestra,” the ensemble tours Europe and Asia every two years. 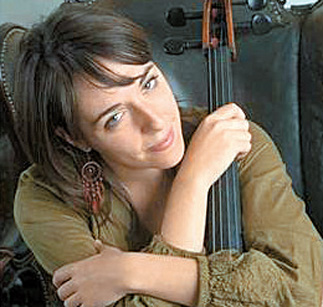 When the cellists performed in Seoul in 2002 during the FIFA World Cup, they left a lasting impression on the Korean audience by wearing the Red Devil T-shirts of the Korean national team supporters.

This week’s performance, “Joy of Classics with 12 Cellos” will be the first in Korea with their new female member. The repertoire will be diverse as usual ? from classical and jazz to pop and motion picture soundtracks.

They will open the night with “Hymnus” by Julius Klengel, their signature number. The ensemble was born when the cello section of the Berlin Philharmonic recorded the piece by the cello virtuoso. They will also perform the “Schindler’s List” theme, “La Vie en Rose” by Edith Piaf, “Libertango” by Astor Piazzolla, “Lyrical Waltz” by Dmitri Shostakovich and “Love Me Tender” by Elvis Presley.

The Joy of Classics will provide a sneak peak into the Berlin Philharmonic ahead of the whole orchestra’s Korea concert set in November.