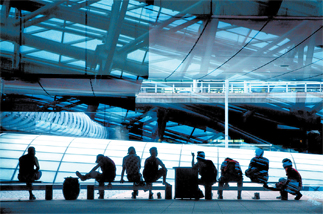 The guiding philosophy of Magnum Photos can be traced back to a Robert Capa mantra.

“If your pictures aren’t good enough, you’re not close enough,” the legendary combat photographer once said.

Capa’s words are highly relevant to an exhibition of Magnum photos that opened last week at the Seoul Arts Center.

“Magnum Korea” displays the works of 20 Magnum photographers who were commissioned to photograph modern Korea. The work of photojournalists Steve McCurry, Ian Berry and Martin Parr are among those on exhibit from Magnum, considered by many to be the world’s most respected photo agency. It was founded in 1947 by the French photographer Henri Cartier Bresson.

But many of the photographers’ views on Korea seemed to be at opposite ends of the pole. They are very distant or very close, too ordinary or too distorted, fluctuating between casual snapshots and art photography.

The photographs seem curiously inconsistent with the group’s work on other cultures, which tend to question multiple ways to capture an unfamiliar subject from an outsider’s point of view.

So far Magnum Korea has attracted a varied response from critics and viewers. Some say that the shots provide anthropological amusement for non-Koreans but have minimal appeal for locals. The fact that the photographers involved had little time to research their subject shows in the end product, is one view going around. 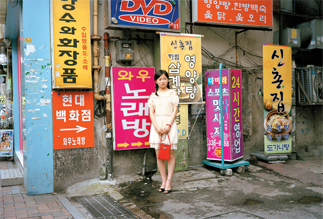 The Magnum photographers only had 15 days to a month to work on the project, which was assigned last year. For many, the trip was their first visit here.

“I think the exhibition proves that good photography depends on how much you understand about a place,” says one veteran Korean photographer who works for a major newspaper here.

A lack of resources is also evident in some of the photographs. The subject matter is often conventional, repetitive and in some cases ? like the picture of local boys playing in a water park ? aimless. 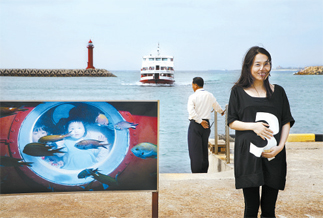 Perhaps what many photographers fail to realize is that Korea is no longer a no-man’s land and that many photojournalists have explored this country over the past few decades.

The inherent problems in the show are classic flaws in travel photography, as some pictures are little more than snapshots. They lack intensity and fail to push beyond instantaneous emotions that are based on the photographers’ curiosity.

Stuart Franklin’s series on the DMZ is a case in point. The series documents a minefield and soldiers guarding the military boundary. The images are supposed to portray a uniquely divided political site, but there is no real indication that this photograph was taken at the DMZ.

Other voices, however, are more generous, pointing that the Magnum group has done a reasonable job of exploring the country in a month, especially considering that everyday Korea is not particularly photogenic.

“Magnum photographers do not have the Midas touch,” says Koo Ja-ho, a professor of photography at Sangmyung University. “You can’t expect them to create something that doesn’t exist. They [the photos on Korea] might not meet the quality we expect because we’re used to seeing the best clips by Magnum photographers at places that highlight their style and philosophy.”

Koo adds, “If you take into account that these photographers have had very little or no connection to Korea before, I think their production deserves serious attention.”

On the plus side, the exhibition is a meaningful departure, especially for a culture as homogeneous as Korea’s. The vernacular dailies here still tend to use similar images of the same incidents on their front pages. What can be said is that the show allows an anthropological insight into an outsider’s viewpoint.

One of the stand-out artists is Harry Gruyaert, often dubbed “an impressionist photographer.”

Known for his series of mystically lit works on Morocco, Gruyaert adds drama to urban banality. An example comes from a photograph of plastic duck boats floating on the Han River. The shot was taken through a window with dark grey curtains. The image is almost cinematic, creating a sense of psychic drama.

In another work, he presents a view of Seoul seen from a lamp shop. It’s a pompous image of chandeliers set against a disorderly background of signboards and street shops.

Surrealism has always been at the heart of what Magnum photographers try to achieve.

George Rodger, one of the group’s founders, said he always looked for the aesthetic even when his images were overshadowed by death and tragedy.

Rodger confessed he considered giving up war photography after finding himself “getting the dead into nice photographic compositions” in a concentration camp.

The tradition still runs thick in the group. The travel photographer Bruno Barbey reveals the complexity of life through layers of visual cues. An image of a pregnant woman by the sea is juxtaposed with a group of girls staring at swimming fish from a submarine window. This composition sets a playful connection between a mother and a child, questioning notions of place and the role of the viewer, asking who’s looking at whom.

But personalized angles can overcomplicate a subject. It’s unclear whether David Alan Harvey had deliberately staged shots of young Korean women in one series to look like streetwalkers or whether they are naturally dressed and posed. Either way, the images can make some viewers uncomfortable.

Surrealism blends in naturally with a series of photographs on film sets and actors by Eli Reed and Elliot Erwitt. A lot of the images tread a fine line between the real and fictional. A pool of light on a silver mat with dried red peppers on a dark street in Seoul by Alex Majolis is a visual drama in itself. Lise Sarfati occasionally stages photographs and creates a narrative by locating her models in certain places and time.

When it comes to irony and surrealism, nothing beats the work of Ian Berry, who is best known for his portraits. He photographed Sungnyemun, one of Korea’s most recognizable landmarks, in January 2007, ten months before the fire that destroyed it.

The shot is heavily ironic. The close-up shots of the guards’ faces in front of the gate present mixed messages of pride, fear and ambivalence.

The follow-up picture of a man holding a bouquet of flowers in front of the gutted gate complicates the viewers’ perception, challenging where we are and what we are looking at.

“Magnum Korea” runs at Hangaram Museum at the Seoul Arts Center through Aug. 24. Accompanying the exhibition is a book of photos with an excerpt on Korean history by the American historian Bruce Cumings. 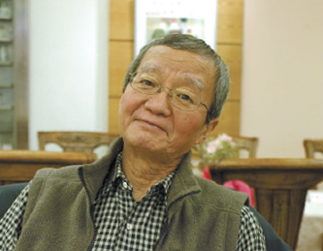 This is the first Magnum exhibition on Korea. How did you put the project together?

My primary job was to produce and deliver a book project. We have 40 photographers in the agency. I was asked to choose the photographers and decide on who can do what. I handpicked professional editors and a writer, Bruce Cumings. I was sure that no Asian writer should write this book. I worried about their biases. Western writers could also have biases, but I worked with Cumings on a book about North Korea, and knew he was the one.

When the photographers were first commissioned this project, what were their reactions?

When I talked about the project, just about everyone wanted to participate. They found it fascinating. It was a big challenge. Korea is a small country, but it’s very diverse. It’s been overlooked in the past decade because of what’s happening in China. But I was hoping to bring out these elements.

Did you have to go through much censorship to select the photographs in this exhibition?

All my aerial photographs had to be checked by the intelligence agency, but none of them were rejected. We also had an arrangement on the DMZ, which I won’t go into details about because of the delicate subject matter. But that was pretty much all the censorship we faced. I deliberately avoided certain political figures or newsy events, because I didn’t want this book to be dated in five years.

Korean photographers face a serious challenge with copyright issues for their work on the Internet today. It’s all about common sense and decency. No photographs should be used without proper payment. I would suggest two things: One is copyright and two, preserve as much work as you could. Currently in Japan, a copyright regulation says a print could be used [as it’s] in the public domain 50 years after the artist’s death. I personally think the date should be stretched to 100 years.