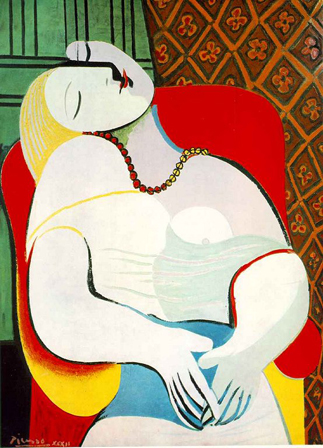 People don’t usually put a lot of credence to nightmares. But dreams reflect reality and are thought to be a mirror to a person’s psychological state and the level of stress they are currently experiencing.
Shin Won-cheol a professor at Kyung Hee University East-West Neo Medical Center, says the frequent repetition of bad dreams indicates that a person’s mental health is perhaps unstable.
Shin recently met with the JoongAng Ilbo to talk about dreams.
When you sleep, you experience rapid eye movement and non-REM sleep. Each cycle takes roughly 90 minutes and repeats four to six times a night. Dreams occur during REM sleep.
The brain places the abundant information collected during the day in short-term memory storage. This warehouse is called the hippocampus.
During sleep, the stored memories are sorted through and useful information is sent to the cerebral cortex, the grey matter that deals with memory, language and consciousness.
There it is compressed into files and re-stored in much the same way as files are placed on a disc.
Shin says dreams occur when the short-term memory experienced in reality is played out and edited during the process of storage.
The reason dreams are odd and unrealistic is because when the memories are played, some of them collide and reorganize, Shin said. Information is sliced up like snapshots to create an unusual story full of apparently disconnected images and thought processes.
As your brain parses the data from the day before, there is a strong possibility of seeing events or people in your dreams that left a strong impression on you during the day.

And the dreams that people remember in the morning are usually the ones they had before daybreak, Shin continued.
So, are there good dreams and bad dreams?
It is not easy to make such a simplistic division, Shin said. But what seems certain is that the custom and culture of the person and society is reflected within a complicated system in the mind. This means that although dreams don’t have the power to predict the future, they can provide interesting psychological insight into the dreamer’s state. They are especially useful indicators of the level of anxiety that a person is undergoing.
Patients suffering from depression or anxiety disorders often say that their dreams contain scenes and images that are uncomfortable and at times unnerving. Most people can recall anxiety dreams that seem to result from worries that build up during the day.
If you wish, you can reduce the amount of dream sleep by taking anti-depressants or sleeping pills. These medications suppress mental activity during sleep cycles.
The body and the brain act opposite to each other during sleep. In a normal sleeping structure, Shin says, the brain functions as normal during periods of dreaming, but the body is inactive. But when you are asleep but not dreaming, your body is awake.
Sleep disorders develop when this body-brain relationship gets knocked out of kilter as you sleep. Two examples are sleep paralysis or REM sleep behavior disorder, known as RBD.
Sleep paralysis is when you are conscious of your surroundings but you cannot move. This happens because your consciousness wakes up during REM sleep but your body remains asleep. The condition is depicted in the painting by the Swiss artist Henry Fuseli called “The Nightmare.”
In the most extreme forms of this condition, the state of paralysis continues for several minutes.
Shin says patients who develop a fear of sleep because they suffer from sleep paralysis often need therapy.
If you have RBD, you might be a sleep walker or you might act out your dreams. You are not aware of your actions as you are in non-REM sleep but your body is active.
Can good dreams be induced through artificial means?

Shin says not too long ago a dream manufacturing device was introduced in Japan.
The basic idea was to stimulate a dream that a person wants to have. The researchers used lights, sound, smell and music similar to the content of the dream that the person wanted. This process took place in REM sleep.
For example, a soccer player who is in an REM sleep hears the sound of the crowd and the commentator during a match while at the same time his feet are stimulated.
The theory is that the football player will dream of dribbling the ball. If this is the case, a person watching a horror film or falling a sleep when they are emotionally sensitive is unlikely to have a good dream.
Relaxing aromas, music, books and meditation can help bring about healthy dreams, according to Shin.
Shin says the quality of the sleep and the dream are interconnected. A good sleep and a good dream helps you concentrate during the following day.
Here are some tips from Shin in order to get good dreams. You should not fall asleep when under a lot of stress or when excited. The mind should be soothed first with meditation, music or reading before sleeping.
When getting into bed, try to think of pleasant things that happened that day, like conversations or people you met.
Avoid drinks between 4 and 6 p.m. that contain caffeine since they can keep you awake. Create a pleasant sleeping environment by shutting out noise, bright lights, disturbing smells and uncomfortable pajamas.
Maintain a consistent sleeping pattern. Irregular sleeping patterns that turn into a habit confuse the body clock, which in turn disrupts the quality of sleep.
Also take counseling from professionals if you suffer frequent nightmares.
Lastly, avoid alcohol, since it only induces shallow sleep.