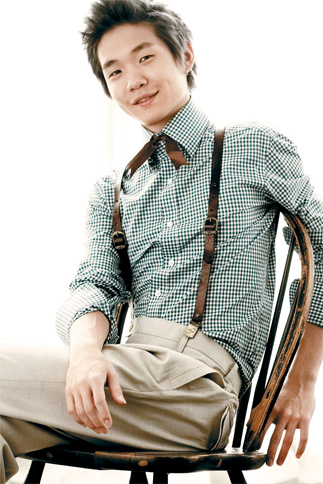 Lim, will play with the European Union Youth Orchestra conducted by Vladimir Ashkenazy, on Aug. 27. Provided by Credia

He is known for his prodigious musical talent, handsome looks and a band of frantic female followers, outspoken opinions and comments that catch people off guard.

But the pianist I met recently came off like any other confident, ambitious and free-spirited young man of his age. Except Lim Dong-hyek happened to be born with an incredible talent.

One of the most celebrated young classical musicians around, Lim turns 24 later this month.
“In many ways, I’m different from the image portrayed in the media,” Lim said, dressed in a casual hooded T-shirt and jeans. “They label me as some kind of a rebel. But I’m nothing like that. I speak my mind and tend not to disguise my feelings, and that may offend some people. But I’m not self-conceited like some people think.”
Lim has been in the media spotlight since winning second prize at the Chopin Competition for Young Pianists in Moscow in 1996.
Lim’s refusal to accept the third prize offered at the Queen Elizabeth International Music Competition in 2003 citing biased judgment only added to the media attention.
“I believe a pianist has to have a strong desire to reach for something higher,” Lim said without hesitation. “I would’ve been a lawyer or a doctor if I hadn’t become a pianist. Those jobs involve winning and losing, as well as constant challenges.”
Lim moved to Germany in 2005 to study at the Hanover Music Hochschule. He’d lived in Russia since he was ten. Last year, he moved to New York to study at the Juilliard School.
These changes have played a part in bringing a more relaxed, soft yet sure-footed side to the young artist. That is probably what made him take up several “firsts” this year.
Earlier this month, Lim had his first meeting with his 40,000-strong online fan club, most of whom are women. The club is thought to be the second-largest for a Korean classical musician, after soprano Jo Sumi.
“Performing to a Korean audience is a very different experience. They react very openly to my performance, some even screaming. That can upset some conductors and other musicians, though” Lim said.
Earlier this year, Lim joined the chamber music ensemble Ditto, wrapping up a highly successful national tour. He described his experience with the group as “pretty impressive.”
“It was like playing with friends, just having a fun time with people my age. Yet I am confident the quality of the music was really high. Also there’s less burden than playing solo,” Lim said.
In February, Lim veered away from his usual romantic repertoire and played Bach’s Goldberg Variations, releasing an album and holding a 12-city tour.
Next month, he has yet another musical venture planned: performing with legendary pianist Vladimir Ashkenazy. On Aug. 27, he will play with the European Union Youth Orchestra conducted by Ashkenazy.
Born in the Soviet Union in 1937, the virtuoso pianist has worked with orchestras around the world for two decades.
“Today, the obvious interchange of cultures has brought together and benefited many young people.” Ashkenazy told the concert organizer. “People have told me that [Lim] is very talented and I am looking forward to working with him.”
Lim said he was confident that audiences will be seeing his true colors at the August performance. The main piece, Tchaikovsky’s Piano Concerto No. 1 in B flat minor, Op. 34, is the piece that Lim performed when he came fourth in the 13th Tchaikovsky International Piano Competition last year.
“You can make such a wide spectrum of sounds, melodies and harmonies on the piano. There aren’t many instruments that give musicians such richness on its own, allowing them to express pretty much everything they feel,” Lim said.
Lim has shown his versatility this year. What he has in store for the world in the future is anybody’s guess.
But he is sure he is heading in the right direction.
“Self-control is something that I must work on as a musician. I think when I attain that, I will be invincible.” 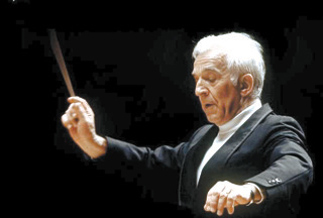