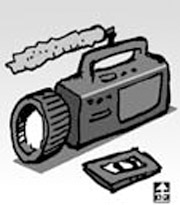 The fairness doctrine is a principle the U.S. Federal Communications Commission abided by until 1987 when deliberating on broadcasters. For issues that are politically controversial, they asked broadcasters to maintain neutrality. For example, when covering on an election, the broadcaster had to allocate the same amount of time and same camera angle to both sides to prevent political favoritism. This was a main issue in American politics and media for a long time, a symbol of objectivity in American journalism.

This principle was introduced in 1928, when socialist radio stations were thriving, and became influential in relicensing broadcasters after 1949. The Supreme Court ruled in 1973 that it was unconstitutional, which led the FCC to abolish the rule in 1987. Even if the fairness doctrine was aimed at fair broadcasting, allowing the government to coordinate the media violates the First Amendment. When the FCC abolished the doctrine, it said the article suppressed broadcasting critical of the government. The FCC added that as the number of broadcasters in the U.S. increased and offered new political voices, the concern about biased broadcasting disappeared. Getting rid of the doctrine helped expand media freedom.

However, after it was abolished, debate continued. Attempts to make the doctrine into law came in 2001 and 2007, but George W. Bush vetoed them. As right-wing conservative radio talk shows gained popularity, the Democrats tried to resurrect the fairness doctrine, while the Republicans were against it.

A similar debate began in South Korea after “PD Diary” broadcast a show about mad cow disease. The Korea PD Association claims that having a government organization deliberate the fairness of programs is against press freedom and the freedom of conscience guaranteed by the Constitution. They are preparing a constitutional appeal, citing how FCC abolished the fairness doctrine and how the British BBC and German ZDF are conducting deliberation on news programs. They claim that the Korea Communications Standards Commission, composed of people selected along political lines, cannot possibly judge political fairness.

This is certainly a new controversy, but there is something that must be solved first ? regaining viewer trust so the public agrees it is OK for broadcasters to decide fairness. Also, South Korea’s broadcasters still monopolize the media. It is different from the West, where political values clash dramatically.

Given this, we must listen to the claim that the only way to settle the conflict is to ensure media fairness.