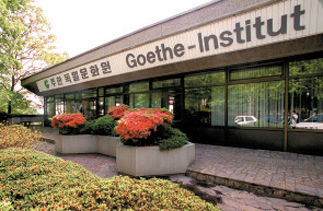 This year also marks the 40th anniversary of the Goethe-Institut Seoul, and to celebrate, the German culture center is holding a festival of New German Cinema starting July 31.

This cinematic movement began in 1962 when several German filmmakers created the Oberhausen Manifesto, which is associated with the slogan “Papa’s cinema is dead.”

There will also be theater performances, exhibitions and recitals. Frie Buhne, a member of the Goethe-Institut Seoul student theater club in 1968, will present a play called “Conversation with the Disdained” on Sept. 4 and 5.

The award-winning Andromeda Mega Express Orchestra will perform a work by Daniel Glatzel, the leader of the ensemble. Performances will take place at the Goethe-Institut Seoul on Sept. 6.

Screenings will take place at the Seoul Namsan Culture Center July 31 to Sept. 2 and at the Seoul Chung-muro District Global Movie Festival from Sept. 3 through 11.