Space to breathe in days of heavy censorship

Space to breathe in days of heavy censorship 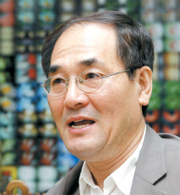 Bae Chang-ho, director of “Last Witness” and “Road”
“I was a college student and an aspiring film director in the early 1970s when I first visited the French Cultural Center.
The majority of us went because the number of foreign films imported to Korea was limited to 20 or so a year and most were commercial Hollywood films that were heavily edited by the government.
We really didn’t have that many choices. The center presented a rare venue for auteurist films from the French New Wave cinema. I remember there was a screening room on the first floor called Salle Renoir. I don’t know if the name referred to the French impressionist or his filmmaker son, Jean Renoir.
When you went there, you expected to meet certain people. These people later became noted directors, critics and French experts. It was also one of the few places where you could see a female nude [on celluloid]. Most films that played in local theaters then were censored.
So whenever they played films that contained scenes of nudity, tickets sold out in seconds. “The Rules of the Game” by Jean Renoir, works by Claude Sautet and crime movies were a big hit among film buffs at the center. The depiction of the human psyche in these films was stunning.
Overall, I enjoyed the idea of going to the center, the crowd and the atmosphere of the place.
It gave us an eye-opening experience because it was our only window into modern European music, art, architecture and so forth.” 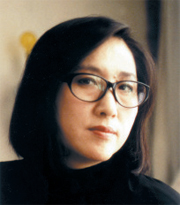 Kim Hong-hee, director of Ssamzie Space, a nonprofit arts organization
“I think my primal ideas for the French avant-garde art scene were connected to a fantasy I had about France when I was young.
I majored in French literature in the late 1960s. For me, the idea of France stood as a quintessential symbol of social freedom and experimental art. I remember I looked up to this one French lecturer in our college who conveyed all that in her image. She was liberal, charming and very French.
It was all very different from the American pop art we were used to seeing. Academically I was quite moved by the whole notion of “apres-guerre” and the French sensibility that came with the experience of the First World War.
Later, as I got to work with the French arts council on an exchange program at Ssamzie, I was impressed by the scale of the library and at how flexible and creative a government authority could be. I realized then that it was the cultural strength of France.”

Jeong Ji-young, director of “White Badge”
“I was a college student in the late 1970s during the center’s heyday. The films they played were translated into English, but still it was the only place to watch arthouse films.
It was a precious experience because there was a sense of privilege and pride watching those films. People had to go there if they wanted to see those films.
We have small idiosyncratic memories of the time. The center was small enough that if you came late, tickets were sold out. Later, we went there so often that we became friends with the center’s projectionist.
Whenever they played films by noted directors, we would call him in advance to secure seats so we didn’t have to wait in line for hours.
After the screening, we went to a Chinese restaurant nearby and talked about the films all night over kaoliang [a Chinese liquor]. The tradition died out as soon as the video culture kicked in.
Now, you just go to the nearest cinema and watch the same films that get played in Seoul and Ilsan. The times have changed.”

Park Geon-seob, director of Im Kwon-taek College of Film and Performing Arts
“I was the projectionist and programmer at the audio-visual library in the French Cultural Center from 1971 through 1988. I think it was very clear why people came to the center. There was no place to see textbook art- films in Korea until the center opened. It was the place to study and discuss films. The screenings naturally led to seminars.
I organized a program called “Saturday Short Films” in which we showed experimental shorts by students who are now noted directors like Park Gwang-soo [“Single Spark” and “Berlin Report”].
The audiences were packed every week. I think the center’s biggest strength was that all the films shown were directors’ versions. We hardly had any censorship problems.
When I showed some French films in other theaters, the authorities would come in and ask me to blur out certain scenes. They would point at certain sections but instead I would blur out random scenes ? I didn’t want the films to be cut.” 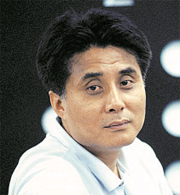 Kim Hong-joon, film critic
“I started going to the center when I was in high school. I remember sneaking into the theater to watch French arthouse films. One of the films that stays in my mind the most is Claude Sautet’s “Max and the Junkmen,” a 1970s gangster movie. I hear that Kim Jee-woon (director of “The Good, the Bad and the Weird”) is doing a remake of this film. I think local cinephiles who were hungry for good films in the 1970s gathered at the center. For them, the center provided room to breathe.”