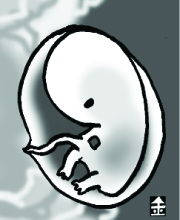 Some couples do not want to have a baby, but there are many infertile couples who are eager to have a baby but are unable to do so. This year marks the 30th anniversary of the birth of Louise Joy Brown, the world’s first successful “test-tube baby.” She was born in Britain on July 25, 1978. She got married in 2004, and gave birth to a baby boy in January 2007.

Over the past three decades, the number of babies born with the help of auxiliary reproduction technologies, such as external fertilization, exceeded 3 million worldwide.

However, lots of unexpected things have happened. In 2002, a white couple wanted a baby and went through in vitro fertilization in Britain. However, they gave birth to black twins.

Genetic tests revealed that the clinic had made a mistake and used the wrong donor sperm. A legal dispute between the white couple and a black male, the biological father, was taken to court. In the end, the white couple adopted and raised the twins.

In the United States, a couple who got divorced in 2003 have been fighting in court for the past few years over who owns a frozen egg that was fertilized in vitro. The woman wanted to have a baby using the fertilized egg, but the man wanted to destroy it.

It was revealed that a Korean woman in her 20s who was plagued by enormous credit card debts sold her ova illegally in November 2005. In Japan, there was a case in which a grandmother delivered her grandson in place of her daughter in October 2006. It was made possible because the fertilized egg of her daughter and son-in-law was transplanted into her womb. The baby was registered as the son of the grandmother at first, and later, the couple adopted him as their child.

At the end of last month, a female in Britain got pregnant after choosing an embryo with no breast cancer genes. Even though she was not infertile, she decided to conceive via in vitro fertilization. That was because her husband’s grandmother, mother and younger and older sisters were all plagued by breast cancer. The woman created 11 embryos with her husband and chose the one without the cancer gene after a series of tests.

These days, environmental hormones pose a serious threat to the future of human reproduction. In vitro fertilization may be one of the most important means of reproduction that humanity can resort to for survival.

However, we are also worried that the approval of human-animal hybrids may cause the human race to face unexpected problems.