Tales of a plump rabbit,a little penguin and baby dinosaur

Tales of a plump rabbit,a little penguin and baby dinosaur 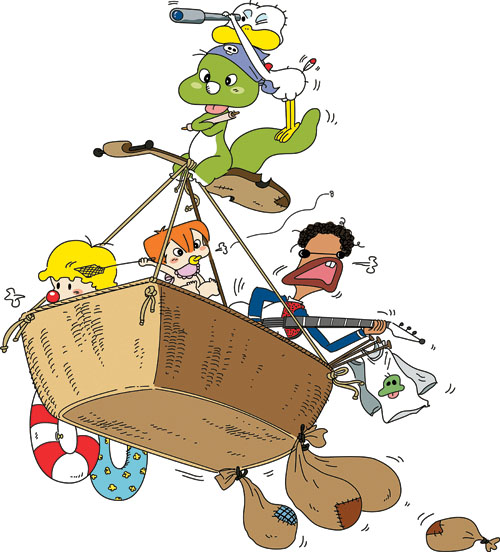 Dooly the Baby Dinosaur with characters from the new series.[JoongAng Ilbo]


The character market in Korea is no longer child’s play.
It ranks fourth behind broadcasting, advertising and games according to a recent study by Ministry of Sports, Culture and Tourism.
The battle of the fuzzy characters includes long-standing favorites from abroad such as Mickey Mouse and Hello Kitty against the four big domestic characters: Pucca, Pororo the Little Penguin, MashiMaro and Dooly the Baby Dinosaur.
Pororo the Little Penguin placed a solid second behind Hello Kitty and ahead of Winnie the Pooh in overall ranking of character brand worth in a recent market research report spearheaded by the Korea Content Export Information System.
The report revealed some impressive statistics. The profit margins for Pororo were 74.6 billion won ($7.2 million) behind Hello Kitty with 82.2 billion won and
ahead of Winnie the Pooh with 69.4 billion won.
The study, which is geared more toward customer attitude and preference, Dooly the Baby Dinosaur was selected as the most popular, above both Hello Kitty and Winnie the Pooh. 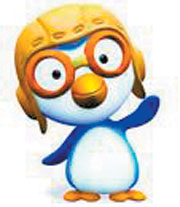 “In the case of Dooly, the actual profit margin in the market is relatively low but it is a popular character. Dooly is the type of character with great potential for growth,” said Kim Rak-gyun, manager of the cartoon and animation character team at KCEIS, .
Dooly the Dinosaur gained mass popularity in 1987 after the comic book series was brought to life as a television series and captured the hearts of Korean children.
SBS Production, Tooniverse and Dongwoo Animation have plans to produce an updated Dooly series, which is targeted for release later this year.
Cartoonist Kim Su-jung is overseeing the project.
“The original series was based on the comic book series and consisted of 13 episodes each timed at 12 minutes,” said Kim.
“But the new series has 26 episodes at 22 minutes each. We worked hard to include drama in the new plot and elements of fantasy,” he said.

In the new series, Dooly’s playful and mischievous ways have been emphasized.
“We ran a brief three-minute clip on French MIP-TV earlier this month and the response was overwhelming. We got calls from 40 countries including Australia, Turkey, Russia and Brazil,” the animator added.
An episode of the new Dooly the Baby Dinosaur series will be shown at the Seoul Character Fair.
The fair will be held at COEX from July 23 through 27.
The rotund rabbit MashiMaro is also making a comeback. A new online series will be released at the end of May called “Episode 8,” a parody of the popular American TV series “CSI.”
“The Internet was the key to MashiMaro’s road to fame and we intend to make full use of it again to reach overseas markets,” said Choi Seung-ho, CEO of Ciel Co. Entertainment. 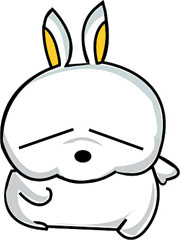 MashiMaro, known as Ryumangtu in China, is still popular as ever and the compan plans to use the character on children’s clothing.
Meanwhile, Pororo the Little Penguins is currently exported to 82 countries.
Choi Jong-il, CEO of Iconix, the makers of the cartoon series, is not focused on expanding the export market base.
Instead, it wants to increase the values of the product in the current foreign markets.
“We intend to use marketing strategies specific to each region. We intend to introduce e-learning in Europe. The countries there are known for their solid education standards and publishing,” said Choi.
A total of 130 episodes have been produced to date and a third series containing 65 episodes is in production. The release date is planned for the winter.
The third series was made with the construction of a theme park in mind.
The original characters were upgraded and new characters such as a dragon and alien were incorporated into the plot. 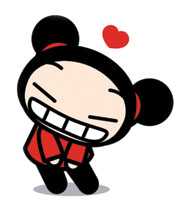 Pucca, which has gained a strong fan base in Europe, South America and China, was introduced into the North American market in February last year.
Access Licensing Group, a character licensing company dealing with the Canadian and American market, doled out $1.3 million for the Pucca licensing rights.
As part of the deal, ALG and Pucca creators will share the profits from Pucca merchandise sold in North America.
Although in a relatively early stage of development, the Korean character market looks strong in its potential to succeed in the global market.