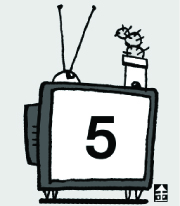 Calling past governments the First Republic or the Third Republic is a way of distinguishing different political systems. This was borrowed from the French constitutional history’s way of distinguishing different periods. Political systems changed several times in France after the 1789 Revolution ? three constitutional monarchies, two imperial politics, one anti-dictatorship and five Republics. Every time a republic ended and resurrected it was called a republic and given a number. In France, it is now the Fifth Republic since the rule of President de Gaulle in 1958. President Sarkozy is the sixth president of the Fifth Republic.

In South Korea, since the establishment of the country in 1948, we’ve always had republics, so it is misleading to number them as in France. It would be correct to say that it is a Korean way of distinguishing governments based on constitutional amendment and political upheavals. President Syngman Rhee’s First Republic (1948-1960) saw the change from a presidential system to a cabinet system after the April 19 student movement that led to the establishment of the Second Republic (1960-1961). Then the change to a presidential system after the May 16 upheaval led to the establishment of the Third Republic (1961-1971). The Revitalizing Reforms period marked the Fourth Republic (1972-1979), and President Chun Doo-hwan’s eighth constitutional amendment ushered in the Fifth (1980-1987).

After the June 10 upheaval, the presidential system changed from indirect to direct elections. And since the rule of Roh Tae-woo, we have the Sixth Republic.